You may have heard of the “overly attached girlfriend” or “crazy obsessive girlfriend” archetypes portraying clingy women, but in many ways, it’s actually men who find themselves being more possessive.

And the way men express their possessiveness can come out in the most unusual ways — sometimes they might make it incredibly obvious, and other times you won’t even realize they’re being possessive until right at the last minute.

If you have a similar experience, don’t worry — you’re not alone because it’s the same thing for me.

On good days, my boyfriend is amazing. He showers me with affection, checks up on me, and does thoughtful gestures to ensure I’m okay.

But there’s also another side of him completely; a possessive side that doesn’t want anyone else to have me in any way.

So why exactly are men so possessive? Here are 7 reasons why:

If your man is incredibly, overwhelmingly possessive, then it might just be a sign that he is actually deeply in love with you and he can’t stop himself from projecting those feelings onto other people.

He loves you so dearly that he can’t imagine why other men might not see the same amazing things in you, so he just ends up assuming that other men are feeling the same awe and attraction toward you.

This happened to me in my first relationship, when I was with a man who treated me like royalty.

He worshiped the ground I stepped on, which was fun at first, but then it became suffocating when he started accusing every other guy who even glanced my way of trying to steal “his girl”.

So many times I had to remind him – I’m not as amazing as you think I am.

Women tend to create great social networks for themselves – they have social clubs, different friend groups, and just the general ability to create new friends in different environments and situations.

Women tend to reach out to one another, sharing and collaborating, and supporting each other in any way they can.

Men, on the other hand, tend to be much more isolationist.

For one reason or another, men hold back; instead of reaching out, they keep their thoughts and emotions within, which is also why middle-aged men rarely ever have more than one or two friends (if they have even that).

So if you can’t understand why your man is so possessive, it helps to understand that you might be the only person in his life whom he feels he can open up.

The idea of losing you is absolutely heart-wrenching for him.

My boyfriend also has trouble connecting with other people, and I’m the only person in the world aside from his mother who knows that he even has a soft, sweet side.

No one knows the inner workings of men more than a man himself. Guys grow up around other guys, witnessing firsthand just how horrible, how aggressive, and how sexual they can be.

Which is why one of the major reasons why men are so possessive over their partners is because they’re intimately familiar with how other men think.

While men can spend hours talking to each other about what they would do to certain women, women usually have better things to talk about.

A man wants to protect his woman from other men, knowing how incredibly aggressive and inappropriate they can be when they’re totally themselves.

So it’s not always about him being insecure; it’s also about him protecting you from other men out there.

4) He Believes You Could Replace Him Easily

Men always feel like they have to be the pursuer, the ones hunting and searching for one woman who will look their way.

For most women, it’s almost the complete opposite: every man out there is more than happy to throw themselves at you if you go so far as to say their name.

Men recognize the difference in the dating experience, which is why they fear that the second you walk out the door, other men will be lunging at your feet in just moments.

And it’s not easy feeling so replaceable, which is why for us women, we have to help our guys out by reminding them just how much we love them as often as we can.

Possessiveness for men tends to manifest much more physically; they don’t want you to go to another place, or hang out with another person, and so on.

They care very much about the where and when, and very little about the how and why.

So even if both a man and woman share the same levels of possessiveness, that possessiveness will come out more aggressively from the man than the woman, simply because it has more to do with where you are and with whom you’re with.

They want to know that you’re not engaging in sexual activity with anyone else, and beyond that, they almost couldn’t care less.

But for women, it’s almost entirely the other way around.

Personally, I care so much more about emotional cheating than anything else.

If my man starts staring at his phone and chatting while giggling every now and then, I can’t stop myself from feeling an immense surge of possessiveness come upon me.

I don’t want him to be experiencing joy or happiness while interacting with another woman, because that’s what I’m here for.

6) For Some Men, He Feels Like You’re His Property

Here’s one reason that no one wants to hear: for the more traditional, old-fashioned types of men, one of the reasons why they’re so frustratingly possessive is because he literally thinks in the back of his mind that he owns you; that you’re his property, and therefore everything you do should be for his benefit.

If this is the case with your man, then it might be a sign for you to drop him immediately.

I once had a boyfriend who treated me less like a person and more like an object that he owned – he needed to know where I was at all times, and if anyone was with me.

It went far beyond the point of a reasonable partner asking about my whereabouts and landed squarely into “this guy is nuts and I need to get away pronto” territory.

7) Deep Down, It’s a Byproduct of His Insecurities

People entering exclusive relationships with their significant other normally feel a sense of ownership of each other, knowing they belong to someone and being reassured that they’ll be there for them always.

This comforting sense of ownership and belongingness is different from being possessive, which stunts each other’s growth and breeds jealousy, abuse, and other serious relationship problems.

Some men can be more possessive because of insecurity about themselves and their relationships.

They constantly worry about you leaving them, creating feelings of anger, sadness, and fear.

This also stems from their attachment anxiety, including a negative view of themselves and a positive image of others.

People with attachment issues often find it hard to trust their partners and suffer from a chronic fear of abandonment and rejection.

Trust is one of the most important aspects of a healthy relationship.

For a person to feel at peace knowing that their partner loves and cares about them, they must first be secure about themselves.

They must believe they’re worth loving and they can trust other people. I’m not sure about my boyfriend having these deep-seated issues and emotional struggles, but I know he’s so insecure.

Whenever I talk to other men, not in a romantic way at all, like talking to a male friend or even thanking a waiter in a restaurant, my boyfriend would question me about flirting with them.

My partner would say that maybe I enjoyed the attention of that friend because he’s more successful than he is, or maybe I was hitting up on the waiter because he’s better-looking.

We already talked about this, and my boyfriend was self-aware that he can be insecure.

Possessive Men and Learning How To Deal With Them

There’s nothing easy about having a possessive partner, but just because your partner is possessive doesn’t mean you have to break up with them right away.

If you love them, care for them, and want to help them grow, and if they feel the same for you, then it may be something the two of you can work on together as a couple.

Help him see the error of his ways.

Show him exactly how his behavior constitutes as aggressively possessive behavior, and how he should be handling his emotions instead.

Remember: it’s not about invalidating his feelings.

All feelings are important, both yours and his. It’s simply about helping him learn how to deal with those feelings in healthier, less toxic ways.

Learn with your man, grow with him, and you may create the most important relationship you’ll ever have in your life. 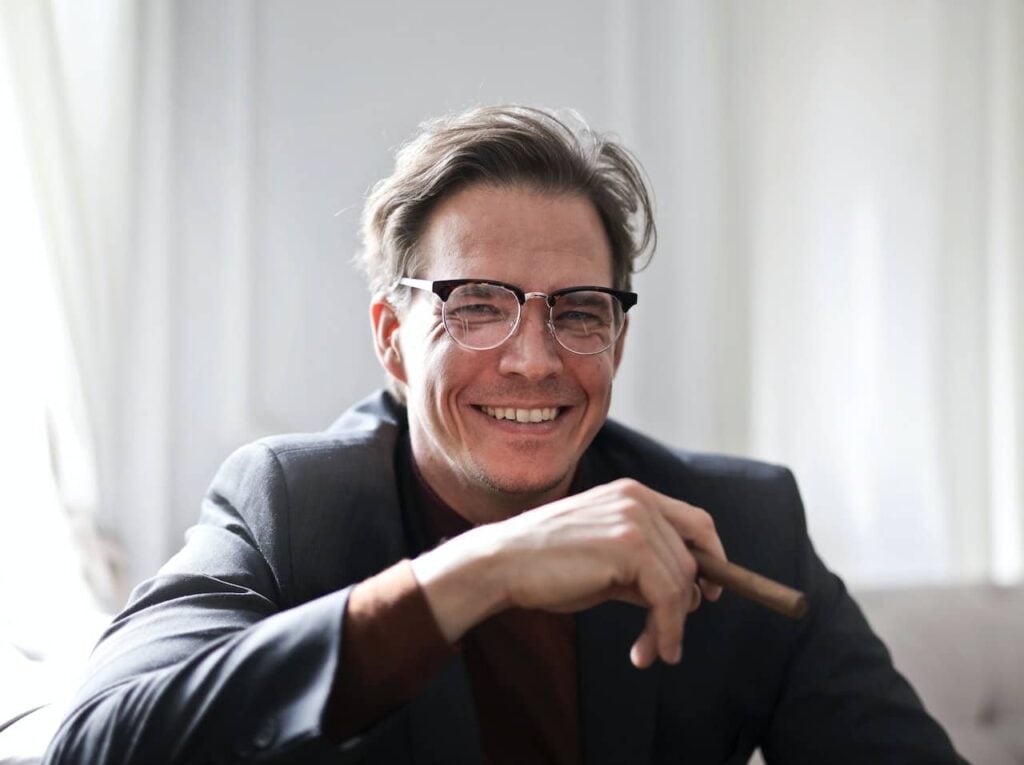