When a guy is afraid of losing you, it’s quite obvious. You can see it, you can feel it…there’s no need to ask questions.

What can be a bit trickier is figuring out if he’s actually NOT that into you. Some of the signs can be vague and questioning his love would make you seem like a crazy girlfriend (and we don’t want that!)

In this article, let me give you 10 very obvious signs that a guy isn’t afraid of losing you and what you should do about it.

1) You’re doing most of the work since the beginning

It takes two to tango. For your relationship to work, the two of you must be putting in equal—or close to equal—effort in maintaining it.

Maybe you’re the one who always has to reach out, because otherwise he’s just never going to try to talk to you. You’re the one planning dates and giving gifts and cooking meals. If you stopped putting in the effort, you know your relationship would slowly die.

There’s a chance that he’s just a lazy guy (and he is actually afraid of losing you) but if he’s not pulling his weight AT ALL, then chances are that he’s just not that invested in your relationship.

2) He’s not afraid of hurting you

When you love someone and are afraid of losing them, then you will do your best to avoid hurting them. If anything, seeing them hurt in any way would hurt you twice as much.

If he’s not afraid to hurt you—be it physically or emotionally—then you need to step back and think. Set aside whatever emotions you may have for him, because this is a sign that you might be in an abusive relationship.

If he keeps hurting you and you don’t see him trying to change his ways, he simply doesn’t love you, even if he says he does.

3) He plays games with your heart

He would ignore you if you did something to make him unhappy, or he would try to make you jealous if he ever sees you with another guy…even if the guy is just your cousin.

If he has ever played mind games with you, be careful. He knows he’s manipulating you and no guy who really loves you would do that. When a guy plays tricks and manipulative techniques on you, not only is he aware that it could hurt you, he knows there’s a possibility that you’d break up with him.

Maybe he’s confident that you won’t leave him because he thinks you’re too deeply in love with him, or maybe he doesn’t care about you that much because he’s willing to take the risk.

He tells you that he loves you, but sometimes his actions and decisions say otherwise. He says he likes seeing you happy, but he doesn’t even give you gifts on special days when you tell him again and again that it means a lot to you.

If you ever notice a disconnect between the things he says and what he actually does, then it’s quite likely that he’s just trying to appease you so you stay hooked. You can call it lip service.

You can try to confront him about it, but you’re likely to be met with even more of the same and he would make all sorts of grand promises that he will break again.

5) He doesn’t really care about your needs 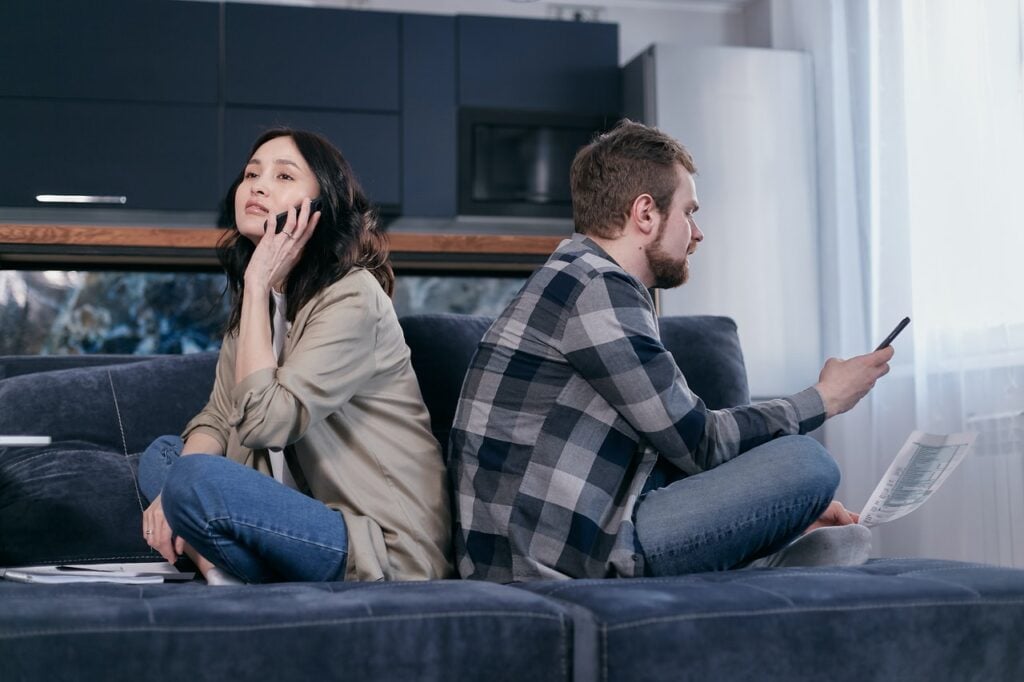 It doesn’t matter to him that you’ve been feeling neglected, or lonely, or sad. He might give you a quick hug and then go about his business without so much as a second thought.

Ask yourself this—if he cares about you, why would he neglect your needs?

Let’s say you have a car. Can you truly say that you love that care and are afraid it might break down if you don’t even bother giving it maintenance or and ignoring the fact that it’s falling apart because of rust?

If you truly love someone, you’ll find ways to make them feel loved whether it’s something obvious like sending food to your office on a busy day or something more basic like asking you about your day.

6) He doesn’t want to dig deeper

He doesn’t bother trying to understand the things you like and what makes you tick.

Ask him if he knows your favorite color or favorite food and he probably won’t be able to get them right.

If he truly were interested in you and worried about whether or not you’ll stay at his side, he would go around trying to understand you. Heck, it would be effortless for him!

He would want to know about your childhood, your exes, how you see your future, and even why you dip french fries in ice cream.

If you notice that he’s not at all curious or he doesn’t really know you after dating for months, then it’s probably because he’s really not that invested in you.

7) You’re clearly not his priority

When you try to schedule a date with him, he turns you down because it’s his game night with friends. You try to suggest another day, but he tells you he’s too tired to go out.

Of course, this is just fine because we like independent men (we don’t want our men to be too needy, amirite?) but he doesn’t even give any suggestions on the right time to meet. He just says “sorry, can’t” and then crickets!

You’re simply not that high up on his list of priorities, and he won’t be as devastated as you wish he would if you were to leave him.

8) He’s not afraid to flirt with other girls

He may excuse it saying that it’s just “his personality” or that he’s just friendly, but if he truly cares about your relationship, he would try to set that aside for your sake.

He would be more thoughtful and think about him losing you to jealousy.

Him doing it anyways despite that risk—and he would know it—means that he simply doesn’t care if you come and go. He probably has another girl in mind should you ever give up on him.

If he doesn’t care about your deal breakers and instead says “take me or leave me”, he’s clearly okay with you leaving him.

9) He avoids talking about the future

He never talks about your plans for the future and, when you try to raise the subject first, he’ll try to ignore it or make attempts to change the topic. You can also see how uncomfortable he is.

Maybe he just doesn’t want to get married and have kids. Or maybe he sees your relationship as something temporary.

Well, it could be that you’re just not dating a highly sensitive person and he really cannot sense what you’re feeling but if you’ve been together for quite a while, he should be able to detect if there’s something wrong with you.

He knows them but he doesn’t want to deal with them.

Even if you’re feeling blue all day long, he can’t sense it but doesn’t want to dig deep.

Even if you’re scared of something or frustrating at something, he seems “oblivious.”

He simply doesn’t want to deal with your emotions because he doesn’t want this burden in his life. Maybe he’s at a point in his life where he can’t commit to a relationship or he simply is not capable of having a deep connection. In both cases, he’s not afraid of losing you.

What can you do about it? 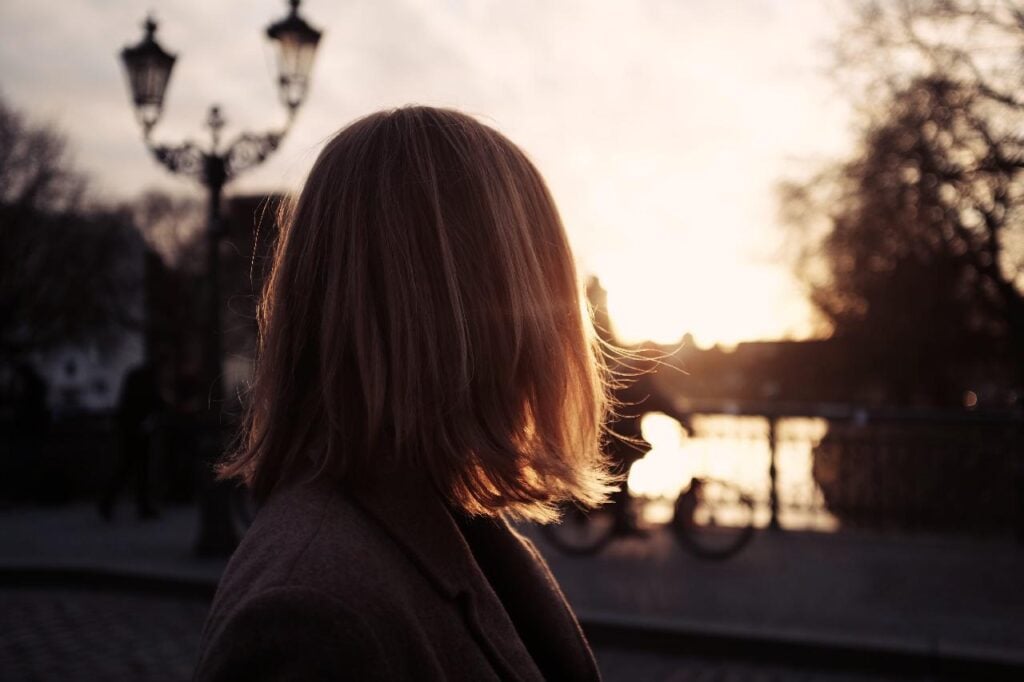 Each of the signs listed above are damning in their own right, but if you see five or more of these in him, then you can be sure that he’s really not afraid of losing you. So what do you do now?

Ask yourself if he’s truly complacent or you’re the one who’s anxious or paranoid. Review your dating history and what kind of men you attract. Ask yourself all the hard questions.

2) Write the reasons why you feel like he’s not afraid of losing you.

This is helpful if you’re the impulsive type of you find it hard to articulate your thoughts. It gives you time to think and reassess your thoughts. Review them the next day, and then the next.

Most of the biggest challenges in relationships can be solved by good communication. Tell him what you truly feel and what you want in a relationship. If he doesn’t want to lose you, ask him if he’s willing to do the work. If he wants out, don’t chase him.

It hurts when you know that a man isn’t afraid of losing you but don’t hurt yourself some more by chasing after him or waiting for him to come around. It probably won’t happen.

Something’s got to change. And if he can’t make changes for you so you’ll feel loved, then do that change yourself.

You deserve the kind of love that makes you feel you’re irreplaceable. 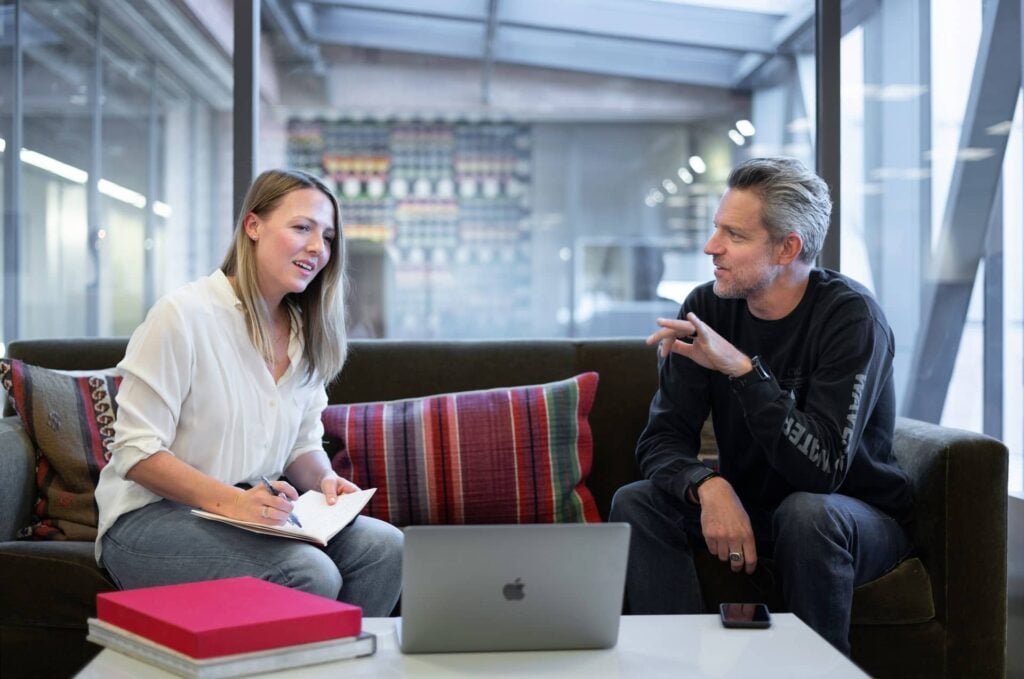 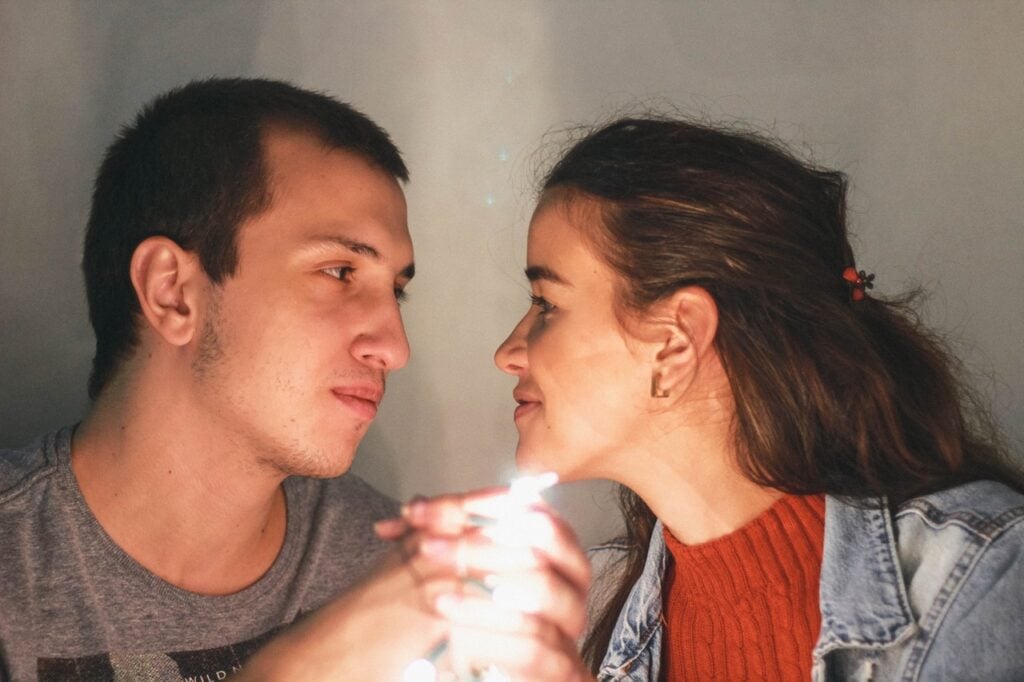 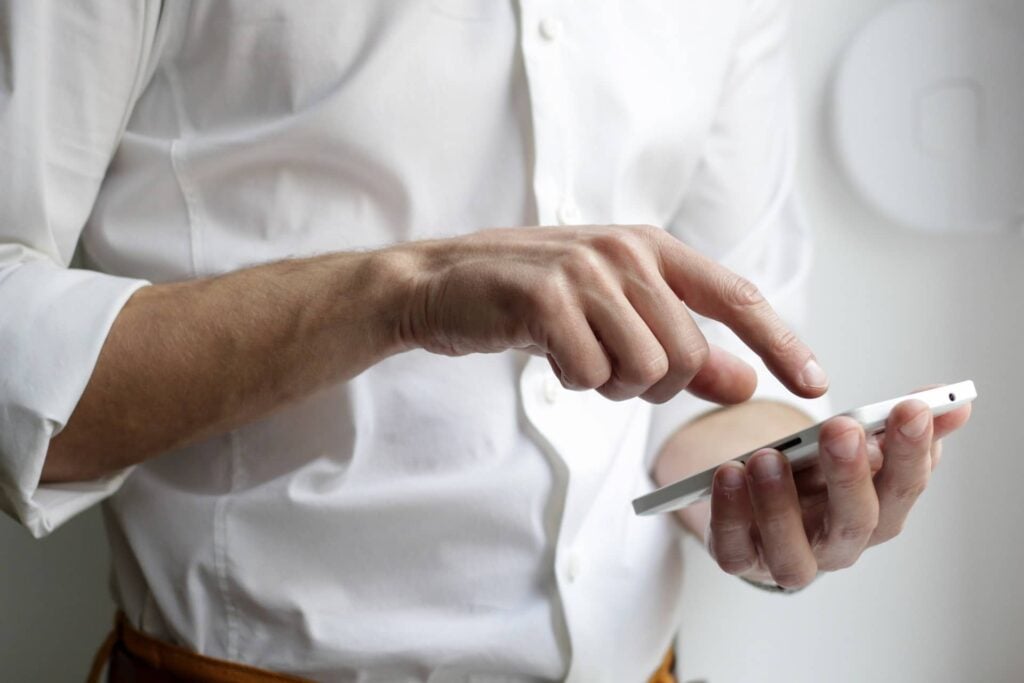 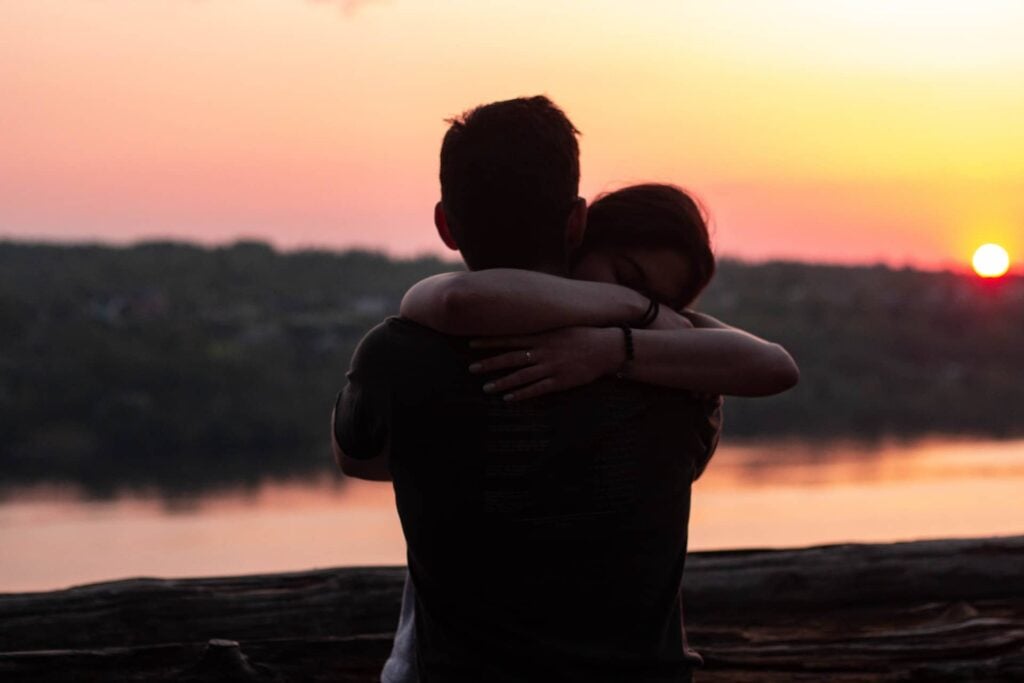 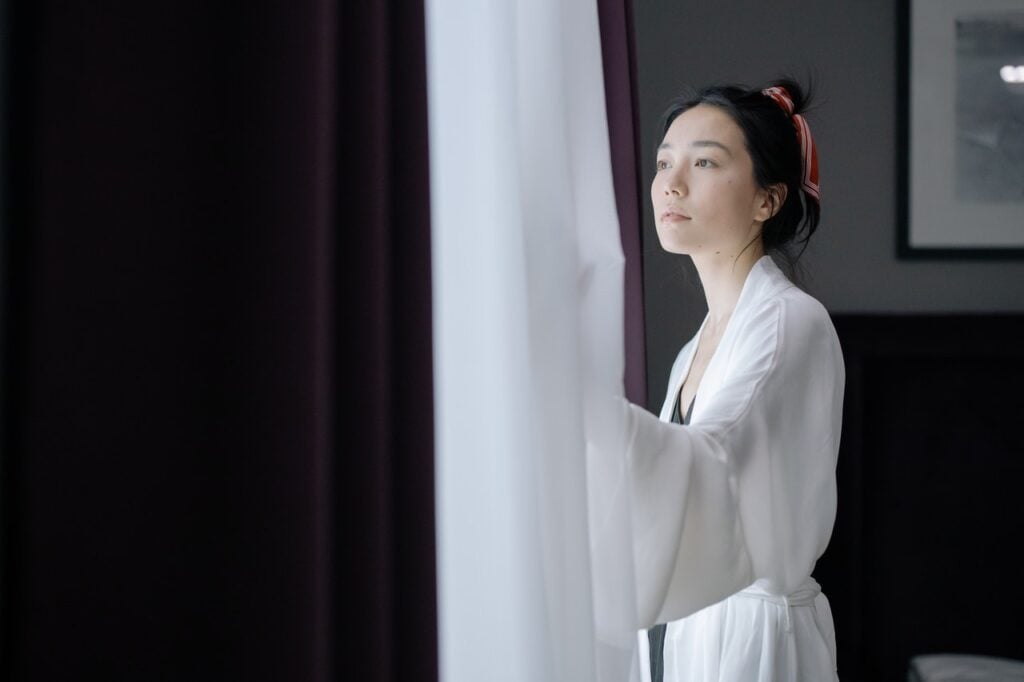 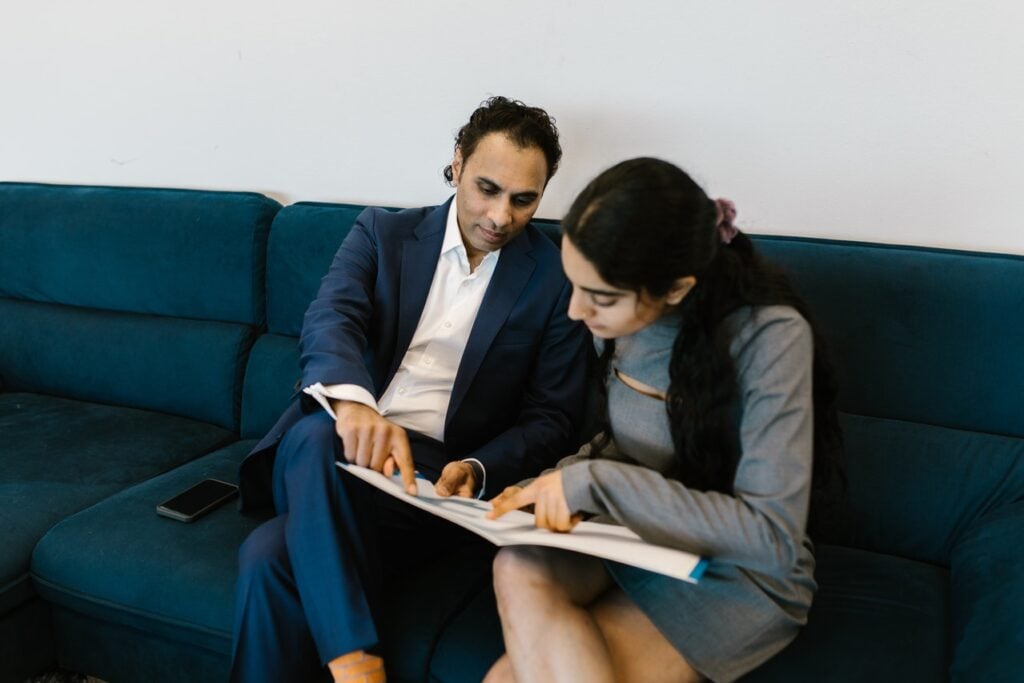