There are just some guys who feel a need to exert their power over the “weaker” people in a group.

As a rather independent woman, I have encountered this more than once. In college, I invaded the boy’s club by being the only female graduate in my class seeking a philosophy degree.

As a professional woman in the working world, it sometimes seems that we haven’t really advanced as far as we think when it comes to women’s rights. I still have men mentally and physically trying to intimidate me, attempting to lord over me in all their superior male glory.

Not all men are like this, mind you. Some are kind, confident, and not controlling. Those are the gems, the ones you can bounce ideas off of, learn from, enrich each other.

Let’s take a deep dive into this and find out.

The psychology of intimidation

Intimidation can come in many forms. A person can be rich, extremely intelligent, have a high-powered position professionally, or they can have a stature that makes them physically formidable.

These people have a quality in place that can make them intimidating to some. They don’t really have to do or say anything.

Then there are the people who use their wealth, position, social status, or intelligence to intimidate others. They may be physically intimidating and use it to threaten or scare people into doing what they want.

That is the crux of intimidation – or intentional intimidation. They exert their might to get what they want.

When they exert their might to get what they want from you, it can get a little scary. The person who tries to intimidate others is really just a bully. Often, they will use covert intimidation as a tool to passive-aggressively bully another person.

I was once in a relationship with a man who used intimidation to control me – and it worked. I was terrified of him, and escaping was one of the most nerve-wracking things I’ve ever done.

Eventually, it did escalate to physical violence, but in the beginning, he would say things to me like, “I would hate to see something happen to that pretty face of yours,” or, “wouldn’t it be terrible if something happened, and your kids disappeared? And you never saw them again because you’re just too hardheaded to listen”.

That intimidation, that abuse, sticks with you for a long, long time.

How do you know if someone is trying to intimidate you? 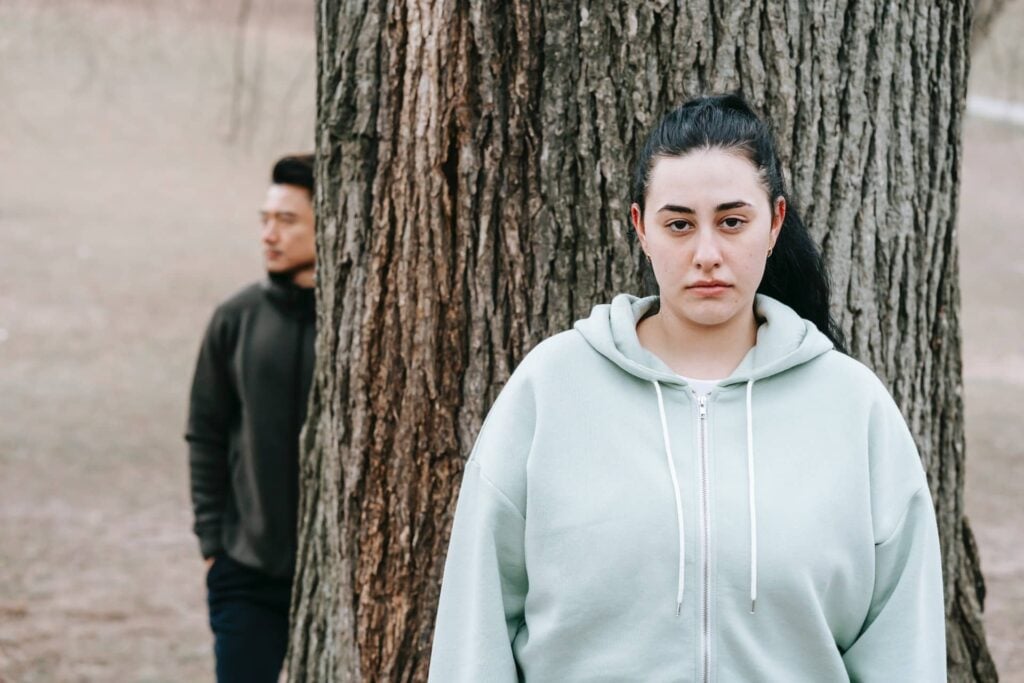 This is really a gut-check situation. There are so many different ways a person can try to intimidate you.

For instance, it’s different for a person at work than it is for a romantic partner. But the gut always knows. If they make you feel uneasy or like you don’t measure up, you are probably being intimidated.

So, what does it look like when someone tries to intimidate you? Here are a few classic signs:

Then again, there is the person who is just intimidating without knowing it or meaning it. That can be a fine line to walk as you try to determine if he is trying to be intimidating or if he is just naturally intimidating and has no clue.

If he really doesn’t know, talking to him about it might clear things up. If he is genuinely surprised and maybe even a little upset, it is likely he is not purposely trying to intimidate you.

What does it mean when a guy tries to intimidate you?

Often, the guy who tries to intimidate you actually have some deep-seated insecurities himself. He may feel powerless or have low self-esteem. But there are those who just love the power – and they are probably the hardest ones to deal with.

A guy who feels like he has to intimidate someone to get what he wants has no sense of boundaries and does not respect personal space.

He is likely a narcissist or borderline narcissist who will use intimidation to get what he wants. And if he hasn’t yet resorted to physical violence, it is likely that he will.

Now, sometimes a person starts to act intimidating when they feel intimidated. It could very well be that you are intimidating him, and he is using his own intimidation as a defense mechanism. This is very common. This goes back to the lack of self-esteem.

Control is a major factor in intimidation. People who want control will stop at nothing to get it. They will do whatever they feel they need to do in order to get it. This is where intimidation comes in and it can get ugly.

I once went on a first date with a guy. We met at a coffee shop, and he immediately scooted his chair very close to mine and whispered that he hoped his “investment” which was the coffee he bought for me, would do him some good. I scooted away and he scooted closer to me.

At one point he had one hand on the back of my chair and one hand on the table in front of me. It was very uncomfortable and very physically intimidating. I tried to get up but he stood over me and told me that wasn’t a very good idea.

Then he told me that “these things” come with a price. In other words, he wanted sex for the coffee he bought me.

I did finally get away and ran out of the store. But this guy used intimidation to try to get what he wanted.

What are the dangers of intimidation?

The thing about intimidation is that it is so harmful.

First and foremost, it can lead to physical violence. It can escalate to a serious situation. Even if they yell in your face or shove you, that is still intimidation and it is still scary.

In some states, intimidation can get to the point that it is illegal. Different states have different laws as intimidation relates to intimate relationships as well as criminal activity.

On the federal level, intimidation is named in several laws as an illegal activity. In these cases, such as witness intimidation, the danger is of course tainting the outcome of a trial. Another act, Intimidating voters, undermines the democratic process.

Intimidation can cause you to do something that you really don’t want to do. Often, you will be left with regret.

If you are in a relationship where your spouse or boyfriend is intimidating, it can cause problems in other areas of your relationship.

When you are in a situation where someone is intimidating you, it can cause depression, anxiety, low self-esteem, and other mental health issues. You may even begin to think that you are crazy, especially if they are gaslighting you.

It may leave you feeling powerless and alone. It can be very hard to put yourself out there again.

In the case of physical intimidation, it can leave bruises and scars that last a lifetime. You may start to believe the lies, the accusations, the mocking, the criticism. You may think that everything is your fault, and you have no voice.

The destruction that intimidation leave in its path is long-lasting and very difficult to repair.

Ultimately, the environment and nature of the intimidation will determine its harm. You have to look at the situation to see how it can be damaging – or illegal.

How do you handle a guy who tries to intimidate you? 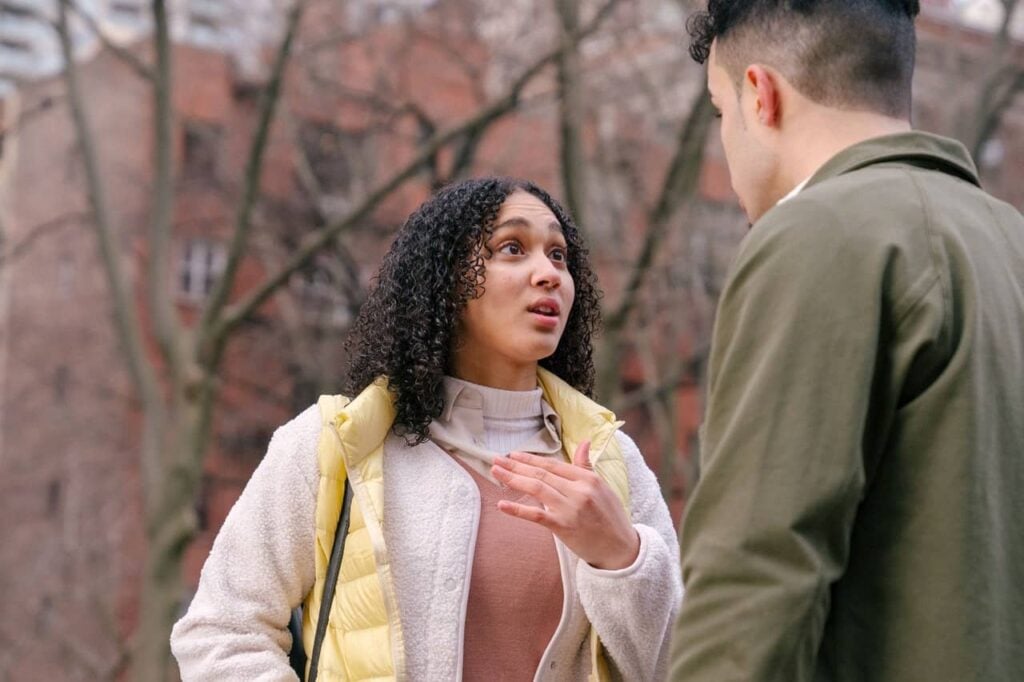 Before you can handle a person, who is trying to intimidate you, it is necessary to first do a little self-inventory.

Intimidation is a self-esteem killer so before you go before someone who intimidates you, it helps to pump yourself up a bit. Find your power. Look at your situation with your head, not your heart.

Acknowledge that while that person may have more education or have a higher position in your company, at the end of the day, he’s just human. Take a moment to think about how you are feeling and reflect on your strengths.

Know that you have a place in this world, and you have just as much right as your intimidator does to speak, think, feel, and be.

One of the most important things you can do is set boundaries. That’s really hard to do sometimes, but when you set boundaries, you take back a little more of your power. It’s OK to start small but stick with it and let it blossom.

If the person intimidates you by monopolizing the conversation, develop a strategy to get a chance to talk. Even if you have to hold up your hand and interrupt them saying, “excuse me,” it is important to do – not so much to change them but to change you.

Other ways you can deal with someone who tries to intimidate you are:

The importance of safety when dealing with intimidating people

Some intimidation can become violent or so coercive that it is damaging to the person being intimidated. It is always absolutely vital to make sure that you are safe when you are with a person who is trying to intimidate you.

If you are going to see someone you find intimidating, bring someone else with you. Don’t face them alone because you really don’t know what they will do. They could choose that time to take the intimidation to the next level.

You don’t want to be a statistic.

Intimidation is a dark activity that is often misunderstood. People think that just because no one got hurt everything is fine. Everything is not fine. People do get hurt.

When you spend time with someone who intentionally tries to intimidate you in order to get something from you that they want, it is incredibly invasive and disrespectful to you.

Don’t let them beat you into submission. Learn, prepare, and be ready to face the person intimidating you no matter what they want to throw at you. 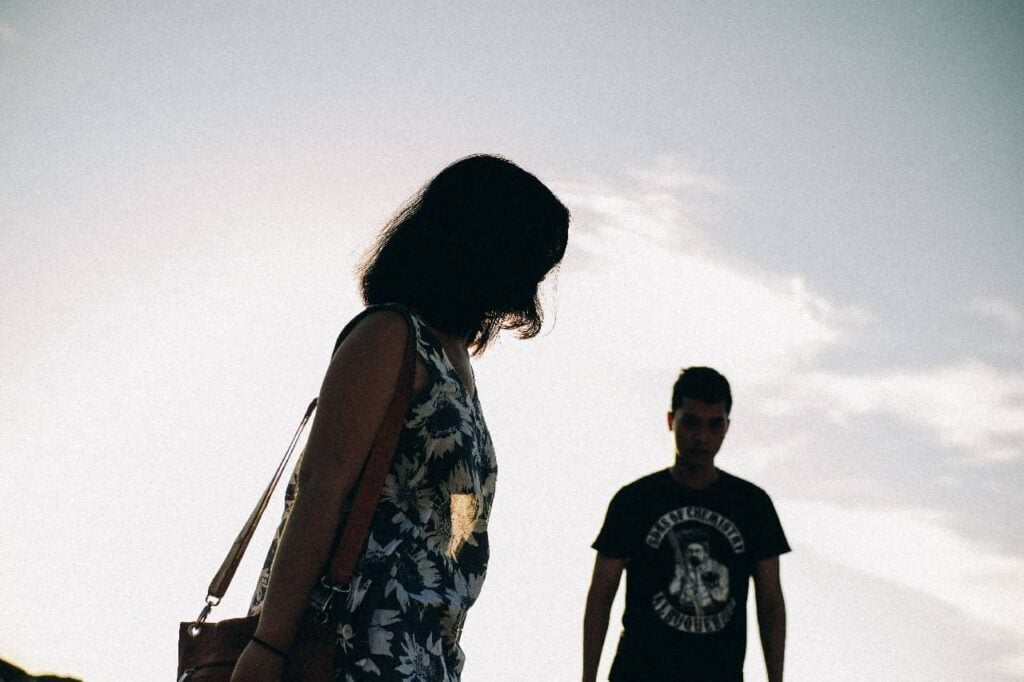 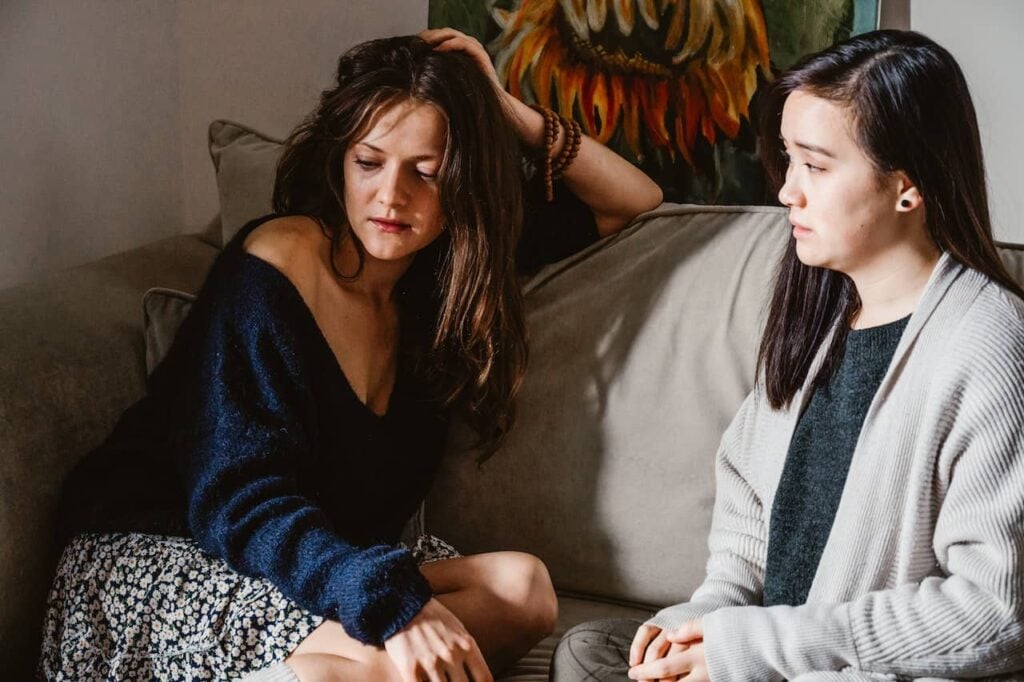