Why won’t my girlfriend let me see her phone?

This is the question that plagues every paranoid boyfriend.

And, in a lot of cases, rightfully so. Let’s face it; your girlfriend probably isn’t just hiding her phone because she’s a secretive person.

When I was in a similar situation with my girlfriend a few weeks ago, I did some research to figure out what reasons she could possibly have for not wanting me to see her phone, and what I found was pretty crazy…

1) She doesn’t trust you

If your girlfriend doesn’t trust you, then she likely has something on her phone that she doesn’t want you to see.

If you’ve just started dating, this isn’t too unlikely.

You’ve only been dating for a few weeks, so she may not know if she can trust you yet.

If you’ve been dating for a while, then this is less likely. In which case, she probably doesn’t want you to see something specific on her phone.

When your girlfriend’s reason for not showing you her phone is a lack of trust (maybe she has finances on there, or a password you don’t know), it’s a good idea to tell her that you’re concerned about her and that you want to help her feel more comfortable.

Tell her that if she has something she wants to hide from you, you can work through it together.

If she says no, then try not to argue with her. You don’t want your relationship to start out with arguments if it hasn’t already.

You can talk to her about how you want to respect her boundaries, but that you would simply like to understand her reasons so that you don’t have to unnecessarily overthink the situation.

If she’s still unwilling to show you her phone, don’t make it a big deal. Just try to be understanding, and focus on your relationship with her in other ways.

2) She doesn’t like you as much as you think

If she doesn’t like you as much as you like her, she may not want you to see something on her phone.

In particular, she might not want you to see a conversation between her and someone else.

If she likes someone else, and they have been exchanging messages, she might not want you to see that.

I know, this is not what you want to hear right now, it’s probably the exact opposite of reassurance, but unfortunately, that can be a reason why she doesn’t want to show you her phone.

If she’s not that into you, it will be hard to convince her to open up and trust you with her phone.

If she doesn’t like you quite as much as you like her, then it’s better to move on now before things get more serious.

3) She has something to hide

Your girlfriend has something to hide on her phone.

This could be anything from a photo or a video of her doing something illegal, to an email or text exchange with someone that she doesn’t want you to see.

Whatever it is, she has something to hide from you.

Now: this doesn’t have to have anything to do with another guy. Maybe, she has something to hide that is much bigger than that.

For example, maybe she has a big secret about her past that she doesn’t want you to know about.

Maybe she has a criminal record or a history of addiction. Maybe she’s not who you think she is.

Whatever it is, the reason why your girlfriend doesn’t want to show you her phone could be hiding something much bigger than just another guy.

In this case, it’s best to talk with her about it. If there’s no other way around it, ask her if you can see what’s on her phone.

You can also tell her that she doesn’t have to show you anything on her phone as long as she communicates openly with you.

It may work out for the better if you can come clean together and have a real heart-to-heart about whatever it is that she has been hiding from you.

4) She’s cheating on you

If your girlfriend is cheating on you, she likely has some evidence of this on her phone.

And if she doesn’t want you to see this evidence, she is going to hide it from you.

You may notice that she suddenly gets a lot of “Unknown” texts on her phone and that she often has to delete them quickly.

She may even have a second phone that she uses for this.

Now: I know this is probably the bullet point you’ve dreaded the most and unfortunately, it is one of the most common scenarios.

The thing is, if she truly is cheating, you will probably notice some behavior, like her quickly turning her phone away from you when someone texts, or going to another room when she gets a call.

These things are not necessarily normal, so take note of them.

Your girlfriend doesn’t want you to know who she is talking to on her phone.

The thing is, sometimes a girl won’t be cheating outright, but she might still be texting a bunch of guys.

Not in a romantic way, necessarily, at least not on her part, but she might get some sort of kick out of it, something makes her feel good about the fact that she gets to talk to multiple guys.

She might even be sending them pictures, which is why she doesn’t want you to see her phone.

Some girls are just like that, and once you find out about it, it’s up to you if you want to stay with her or not.

Your girlfriend is scared of committing to you because she has something to hide on her phone.

It could be that she is cheating on you, or she may have sent an email or text to another person letting them know that she doesn’t want to get serious with you.

You see, people who are afraid of commitment will often keep their options open for a while, even when they’re already in a relationship.

They want to make sure that they can get out of the relationship if they want to, and they do this by keeping their options open.

A lot of people do this because they don’t want to be hurt, but it’s up to you if you think that this is a good reason or not.

Of course, when that is the case, she probably doesn’t want you to see her phone because you might stumble across one of those people.

7) She has someone’s nudes

Your girlfriend has someone else’s nudes on her phone. She may have sent them to someone or received them, but either way, if she doesn’t want you to see them, she will keep them hidden.

Now: let’s be real here, if you’re in a relationship, there is not a single reason to still hold on to nudes from past partners or people you talked to, who you only had sex with once.

I mean, let’s be real here… what is she trying to do with those photos anyways? Either she is committed to you or she isn’t.

When you notice that this is the reason why she won’t let you see her phone, that’s a pretty big red flag.

8) She has an ex who wants her back

If your girlfriend has an ex who wants her back, she might be trying to hide that from you in order to not have any drama in her life.

You see, when a girl has an ex who wants her back, that can cause a lot of problems in the relationship.

Maybe she thinks that not telling you about it is better because she genuinely has no interest of getting back with her ex. 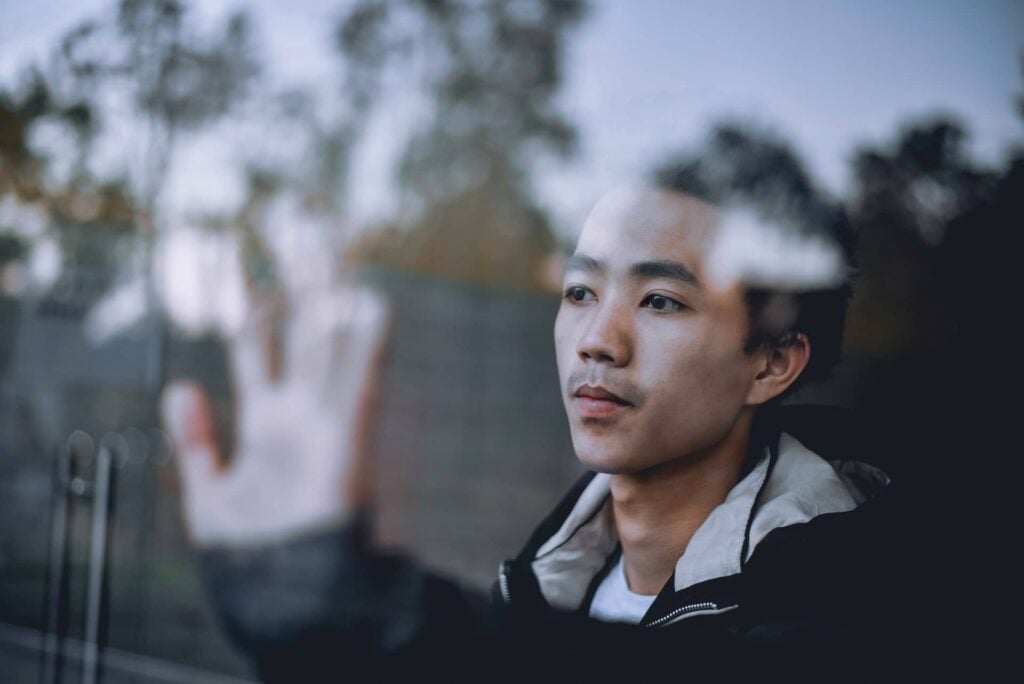 Or… she is interested, which is why she wants to explore that option more before ending things with you.

To be honest, there is no easy way to tell what her intentions are – it could go either way.

What’s important is that you find out a way to have a conversation about all of this.

Your girlfriend has nothing to hide on her phone. She just doesn’t want you to see it because she values her privacy.

She may even have something on there that you would like, but she just doesn’t want to show it to you.

You see, some people are simply more on the private side, and even though they love you, they don’t want you to see all of their stuff.

They may have something on their phone that they wouldn’t want their parents to see, or maybe they don’t want a friend to know about it.

It doesn’t mean that there is something wrong with you or your relationship, it simply means that she values her privacy.

If this is truly the case, then it’s important for you to respect that and not ask for her phone.

Your girlfriend may have been in an abusive relationship before and now has strict boundaries in place.

She may have been forced to show her phone to her ex, and now she has the need to keep it away from others.

You see, relationships like that can be traumatic and it’s totally understandable if that is a hard boundary for her now.

The thing is, she might learn to trust you and simply relax around you to the point where you can use her phone to look something up or check something, but she simply doesn’t like the snooping through her phone behavior.

Why do you want to see her phone?

If your girlfriend has one of these legit reasons, then you should probably respect her wishes and let her keep her phone to herself.

If, however, you’re 100% sure that it isn’t any of these things, then you could confront her about it.

She may just be embarrassed to show you what’s on her phone, or she may have just gotten used to keeping it to herself and doesn’t know how to let you see it.

One important thing you can do is ask yourself why you want to be able to look through her phone in the first place.

I mean think about it: if you truly trust her, do you really need to see her phone?

And if you don’t trust her, then why are you still in this relationship in the first place?

Keep in mind that your girlfriend is a human being with their own privacy, and she deserves to have boundaries.

If you respect her boundaries and don’t push her to show you her phone, then this relationship might last for a long time! 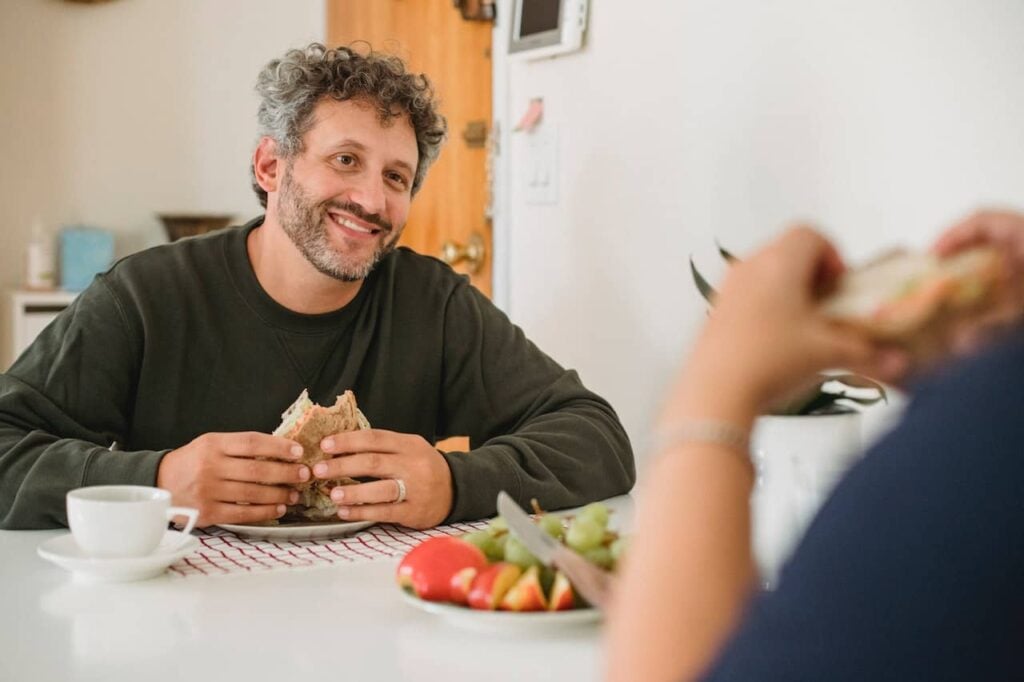 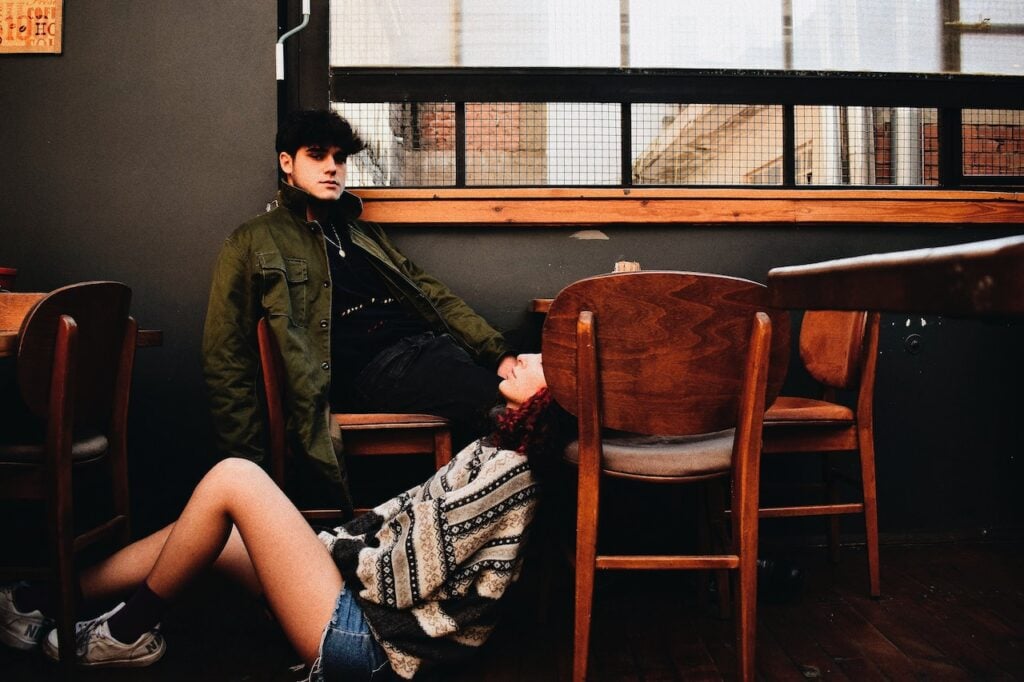