If you’re in a twin flame relationship and you’re the female twin, there are several good reasons why you’re reading this article.

Maybe your male twin flame is acting up or they’ve run away entirely. Whatever it is, you can’t seem to fully understand him, even if he’s someone you’re sharing a spiritual connection with.

Don’t worry. It’s not just you.

In this article, we’ll tell you all about the things you need to know about male twin flame feelings.

Before anything else, let’s go into what a twin flame is in the first place.

A twin flame is the other half of your soul, someone who shares your energy with you. This energy can change and develop, but it’s always shared.

The connection between twin flames isn’t just a physical and emotional bond with someone; it’s something bigger, something spiritual that you might not be able to logically explain.

This bond is unlike anything you’ve ever experienced before because of how intense the pull towards each other is. It’s like there’s a string tying the two of you together or you each have a magnet pulling you closer together.

There are several ways you can tell if you’re in a twin flame relationship, but one is that being with your twin flame makes you feel the energy you share nearby. It feels like the string is pulling taut and the vibrations in the air are changing.

All this being said, being someone’s twin flame doesn’t automatically mean you get them 100% of the time. Sometimes, the other person can confuse you—and a lot of the time, that person is the male twin.

Let’s get into the 11 things everyone should know about male twin feelings.

1) Twin flames aren’t gendered, but the experience is different for men

Are there signs that he’s secretly obsessed with you?

Something important to note at the very beginning is that the twin flame process is the same for all genders. Both twin flames share a spiritual connection and can feel that connection pulling them closer to each other.

We all have a mix of masculine and feminine energy, but men tend to have more of the former because of their biological makeup.

The point is that you can’t expect your male twin flame to act the exact same way you do in the relationship because the experience is different for them.

2) He doesn’t have to be a romantic partner

Psychologist Dr. Lisa Vallejos says that a twin flame relationship isn’t meant to just be an epic love story; it’s supposed to wake you up and lead you to enlightenment, and you’ll notice that that doesn’t necessarily mean you have to be in love for it to happen.

It’s inevitable that he might not feel a romantic attraction to the female twin and vice versa. Maybe one is in a relationship or both are, or maybe the two simply aren’t attracted to each other. Whatever the case, it’s completely possible for a twin flame relationship to be a platonic one.

Romantic love isn’t the only way you can love someone strongly, and it’s definitely not the only way to see a twin flame connection through. With a bond as strong as the one shared by twin flames, it doesn’t just concern itself with the romantic aspect of your life. It’s a bond that can’t be dimmed. 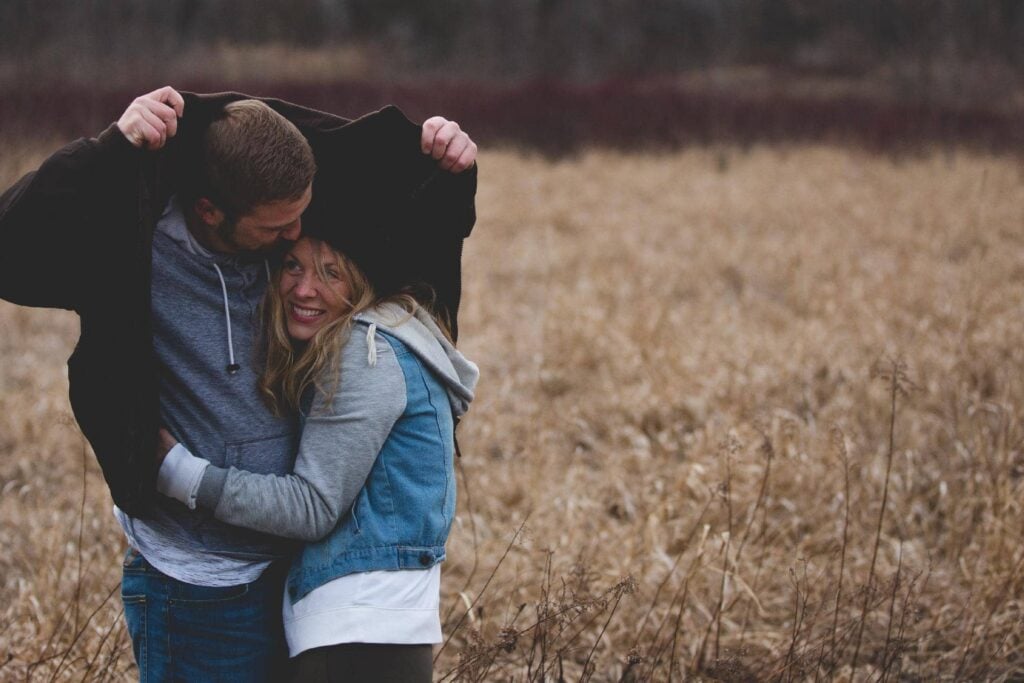 There’s a concept in relationship psychology called the hero instinct, which is when men want to feel like a hero and it’s up to women to trigger that biological instinct in them.

If you’re the female twin and your relationship with your male twin is feeling rocky, it might be because you’ve never triggered that instinct in him or you don’t trigger it often enough. Especially with the twin flames that they feel a strong connection to, men are protective of the people they care about.

If you want to tap your twin flame’s hero instinct, this excellent video will show you how.

4) Emotions are a touchy subject

The male twin might have trouble dealing with his emotions as compared to the female twin.

This is especially the case if the male twin is a biological male. Society has taught men to “man up” and be less emotional than women, so they’ve learned to control their emotions—even going so far as to bottle them up.

Because of this, it might feel like he’s detached from the female twin and their relationship. He might be thinking that he can’t be overly emotional because he has to “be a man”, but that’s part of male twin flame feelings.

This could mean an imbalance in emotional intelligence, so it’s common for the woman to provide that for the relationship if the man can’t just yet.

Of course, this doesn’t mean they can’t learn. It just means that it’s less of a natural thing to them, but with some effort and commitment, they might be able to turn things around and be more open with their feelings.

5) A real psychic confirms it

The signs above and below in this article will give you a good idea a male twin flames feelings and emotions.

Even so, issues related to love and dating can be confusing at the best of times, especially as your situation is unique to you.

So could getting some outside guidance help?

It’s fair to say there are plenty of frauds out there, who are just waiting to take advantage when we’re at our most vulnerable.

But after a really challenging breakup, I found that speaking to an advisor from Psychic Source was super helpful.

The advisor I spoke to was kind, understanding, and insightful.

My love reading gave me the guidance I was looking for (and needed) during a painful and confusing time.

Click here to get your own personalized love reading.

Not only will a genuine psychic tell you about how your male twin flame feels, but they can reveal all your love possibilities.

6) He feels the same things you do

Because he acts detached and distant, it’s easy to think that he doesn’t care about the female twin.

The truth is that, like I said, the intense connection is the same. He feels it too, and he can’t deny it because of how strong the twin flame bond is.

The difference is that he might not understand the emotions that come with it.

Don’t mistake his detachment for a false twin flame connection. He feels the connection too; he’s simply reacting differently because it’s how he’s always acted.

In a twin flame relationship, there’s almost always a runner and a chaser. The female twin is generally more spiritually awake and will likely be the chaser; since the male twin is less aware of the journey he’s on, he might be afraid of it and run.

Here’s an interesting article on the twin flame runner perspective.

This is likely what’s happening to the male twin. He’s feeling a strong connection with the female twin but because he doesn’t understand it and doesn’t know what to do, he might reject the bond and run.

He’ll resist because the connection defies logic, and men are generally more logical than intuitive as compared to women.

…Or if he doesn’t run, he won’t be as committed to the spiritual journey as the female twin is.

Since he might not even understand the connection with this person, he’ll find it hard to embrace it. Men are simply less suited to spiritual life than women are, so he might be disinterested in exploring the spiritual side of the twin flame bond.

If you’re the female twin, don’t be discouraged. It’s not that he doesn’t care about you; it’s just that this might not be something that he’s naturally curious about, unlike you.

In most cases, this is one sign he likes you but is scared to admit it. 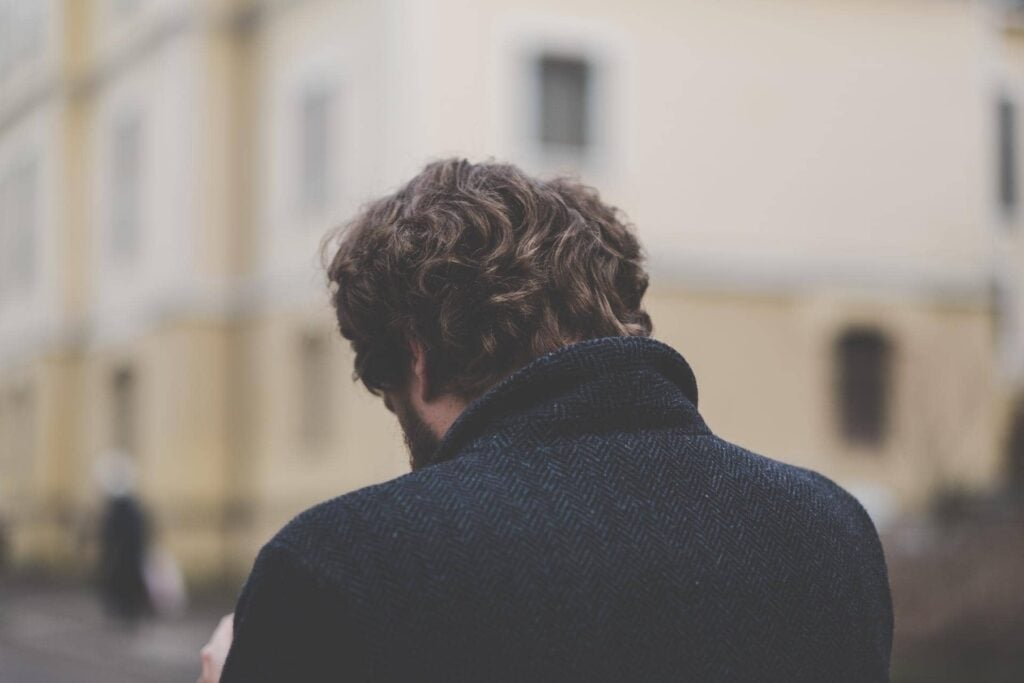 Another male twin flame feeling is the tendency to feel unworthy of the female twin because of his past. He might think that she’s purer than he is because of all the baggage he has, so he might pull away because he thinks he’s protecting her from himself.

This might also explain why he’s a runner. If he thinks that the right thing to do is to keep you away from him (for your sake), he’ll do what he can to put as much distance between the two of you as possible.

Again, don’t think that he’s running from you because he doesn’t care about you. He might be running because he cares about you and he’s thinking that he’s saving you from himself.

When you’re going through a problem, it might feel like he doesn’t understand you because he isn’t thinking the way you are.

What’s actually happening is that he has a different way of approaching situations than the female twin would. Like I said, men are more logical than emotional, so his knee-jerk reaction to a problem won’t be to cry or scream about it; it’ll be to immediately find a concrete solution because he thinks that’s the best way he can help.

This can easily get frustrating for the female twin if all she wants at the moment is a shoulder to cry on or some emotional support.

11) Male twins want to be loved for logical reasons too

Because they think more in concrete terms and immediate solutions, men will want to feel that the female twin loves them for more than just the emotional and spiritual connection. They want to see that what they do for the person they care about matters to them.

The things he does for you, the way he supports you through your problems, the way he knows how you take your coffee and brings you a cup whenever you’re stressed—he wants to feel appreciated for all of these things because, in his head, that’s how he shows love.

He may not show it in romantic poems or declarations of love, but he shows it through his actions, and he wants that to be recognized. But there are ways to tell if he likes you, but is hiding it.

It isn’t too difficult to “decode” male twin flame feelings. All you really have to do is understand that the context is different for them, and with that, expectations need to be adjusted. 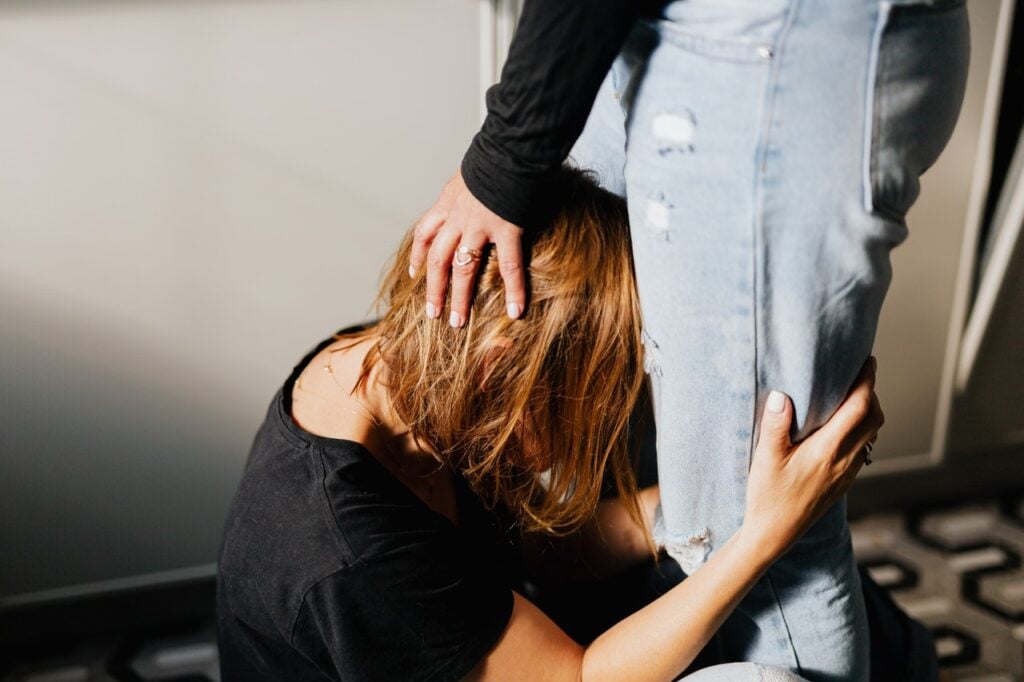 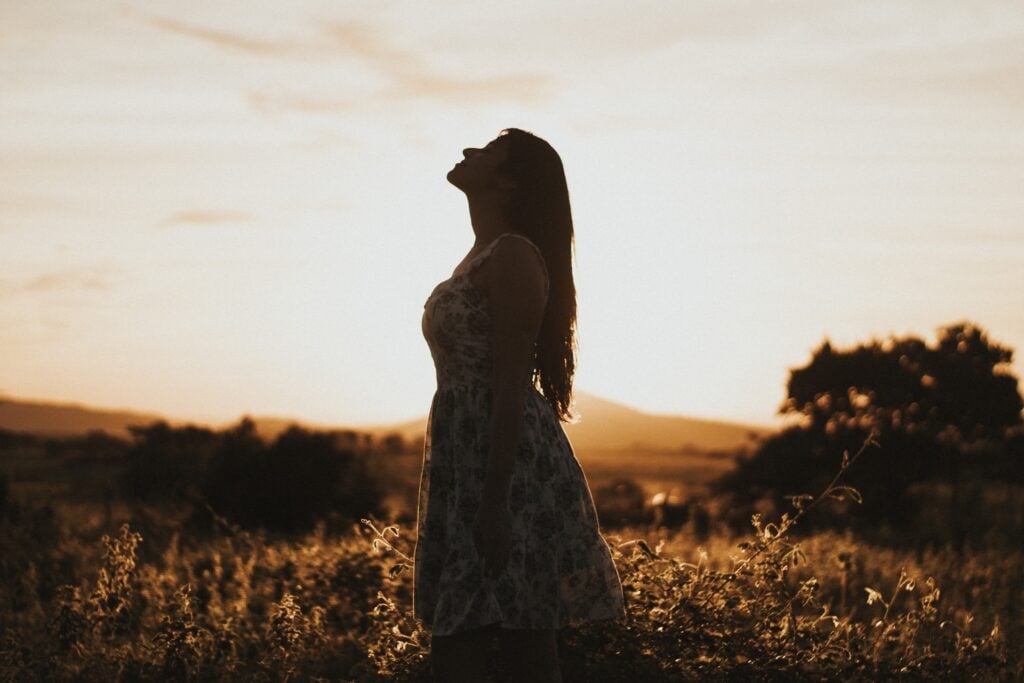 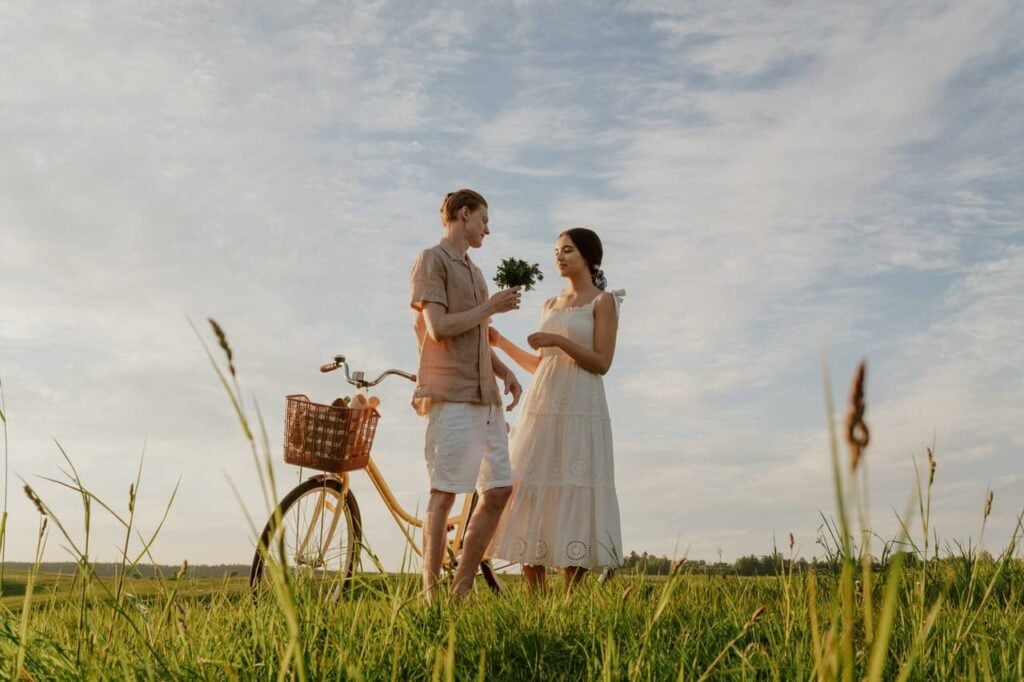 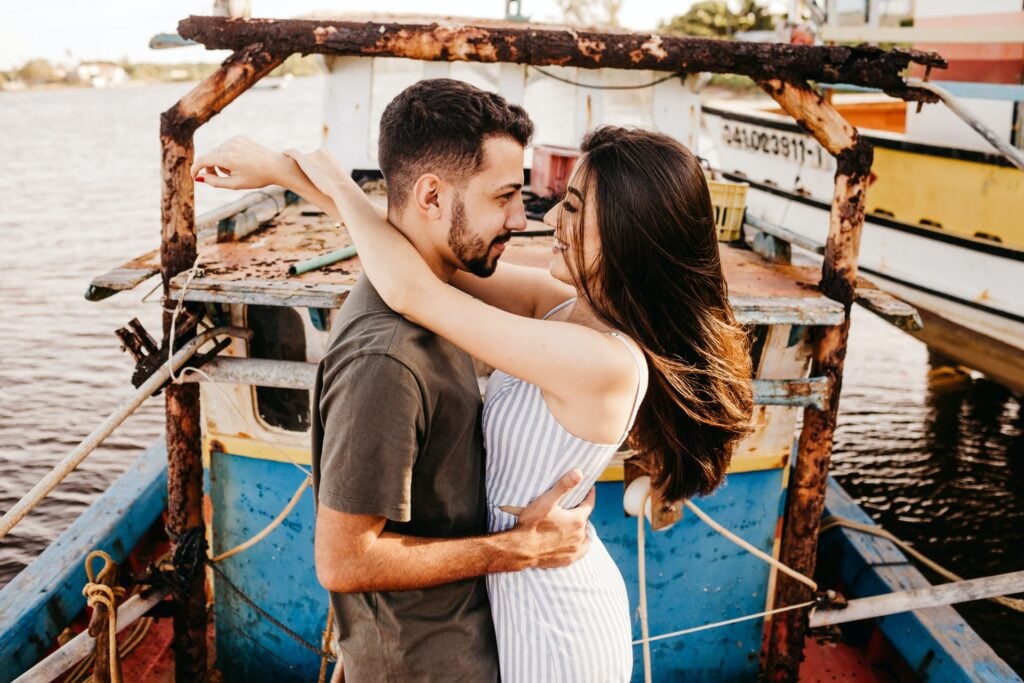 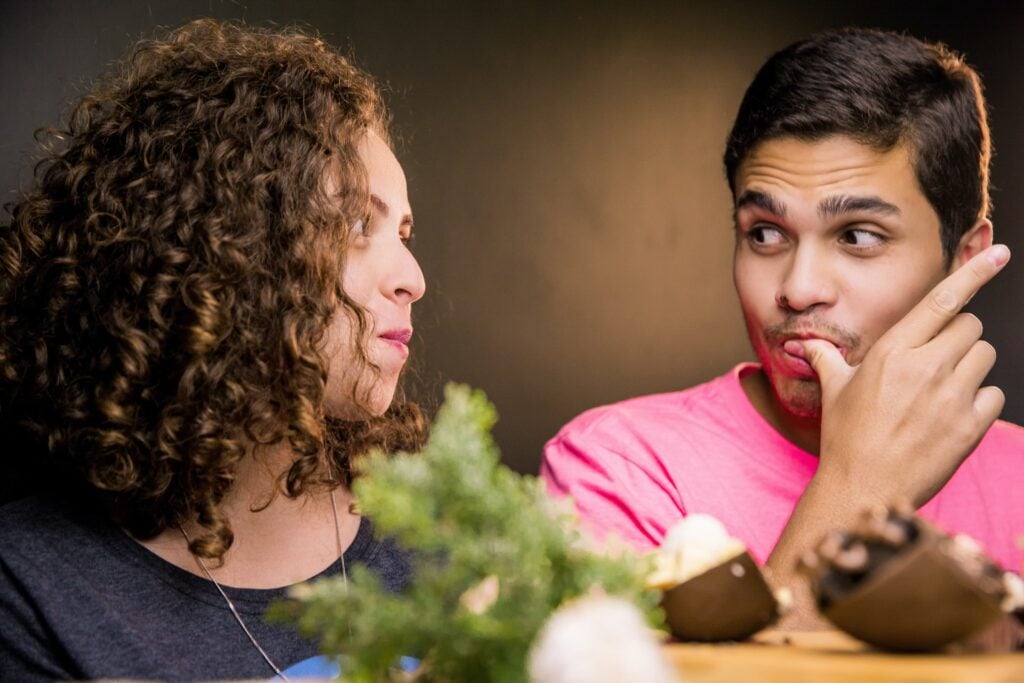 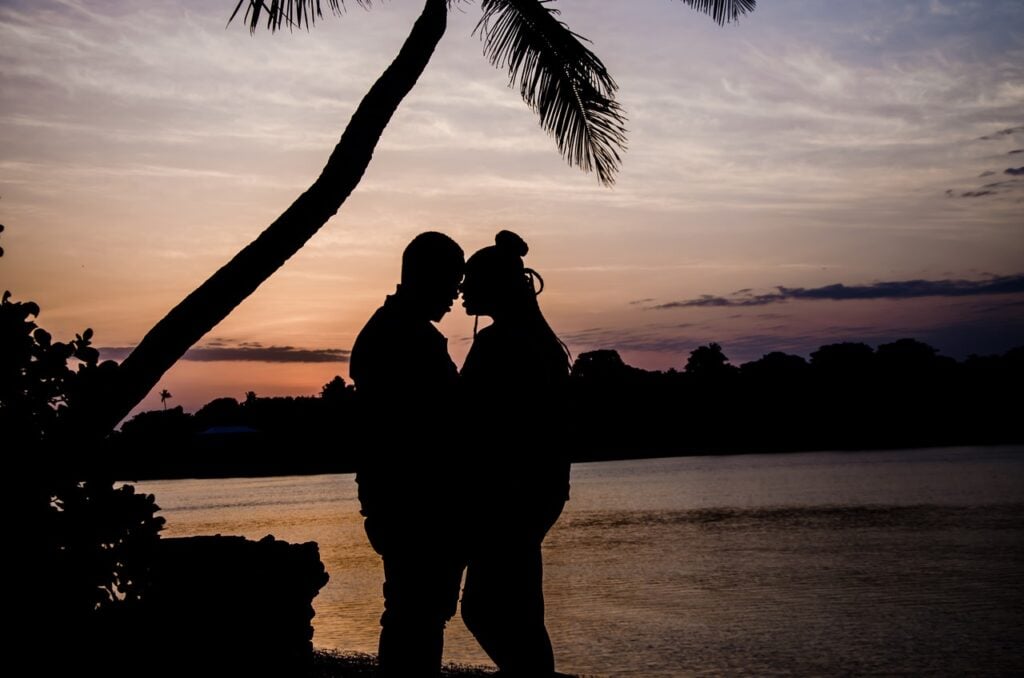