Jealousy is the seed that destroys friendships and relationships.

It can burn bridges and widen the chasm between even the closest of friends. Dealing with someone who’s close to you but is jealous of your looks can be hard.

You can’t ignore them, but you can’t feed into it either; the best thing you can do is first spot the signs that she’s actually jealous of your looks and then decide on the best course of action.

So here are 11 signs that a woman is secretly jealous of your looks:

1. She Tries to Flatter You With False Praise

Jealousy can manifest in ingenuine flattery.

If she’s jealous of your looks, she will shower you with a million over-the-top compliments that are obviously fake.

She will try to flatter you with false praise but mix every compliment with a pinch of sarcasm. She may roll her eyes, give you backhanded compliments, or be a never-ending reservoir of snarky comments.

Her words may be sweet, but it’s evident from her tone how she really feels about you.

It’s not even about what she’s saying but more about how she chooses to deliver each fake compliment.

If she says you look beautiful but sounds like she wishes to throw up, then it’s fairly obvious that she’s jealous of your looks.

2. She Mimics Your Looks, Style, and Fashion

A classic sign that she’s jealous of your looks is that she copies your looks. She will mimic everything from your makeup routine, style, and fashion statements to a tee.

This shows that she wants to look like you and have a physical appearance that’s identical to yours. Despite being jealous, she admires the way you carry yourself and the way you dress.

It can be taken as a compliment when she tries to imitate your style.

It could also mean that she’s obsessed with your looks and that your relationship is starting to get toxic.

It can be hard to deal with the fact that you have to maintain the standards of a model in your day to day life. If it creeps you out, then try communicating that to her.

3. She Tries to Make You Adopt a Terrible Fashion Style

If she can’t stand the fact that you look better than her, then she may try to tear you down by trying to coerce you to adopt a terrible fashion style.

She may intentionally try to sell you a dress that looks bad or a hairstyle routine that messes your look up.

This is an extremely toxic habit as she’s making it her life mission to sabotage your looks.

It may even be more subtle by recommending a fashion statement that might not necessarily be bad, but one that doesn’t suit your style.

It’s important to recognize these traits as early as possible, or else she will try to undermine your looks constantly.

4. She Enjoys Seeing You Ungroomed on a Bad Hair Day

The most obvious sign that she’s jealous of your looks is if she gets pleasure from seeing you have a bad hair day.

It may seem like she’s her happiest whenever you’re going through a bad day.

This may be hard to spot at first, but if you look carefully, you may see a pattern of them deriving pleasure whenever you look your worst.

She envies your looks so much that her happiness revolves around you looking ungroomed and terrible. She may even take a great deal of pleasure from your other misfortunes.

If you think this is a very twisted view of life, it’s best to stay away from people like her.

5. She Discredits Your Success by Saying It’s Due to Your Looks

If she’s jealous of your looks, then she will do anything within her power to undermine you.

She may discredit your success and achievements by saying it’s all due to your looks. She may even suggest to her colleagues that you have unfair advantages since you look better.

At times, it may seem like she’s a never-ending barrage of sarcastic comments and jokes about how you always get your way because of your attractive features.

These may seem like jokes on the surface, but underneath it is indicative of deep-rooted jealousy.

She’ll hint that you use your looks to get out of trouble or get promotions.

She may not even believe it but may spread these rumors and jokes just to get under your skin.

6. She’s Upset if You Have a Successful Love Life

Jealousy can also manifest itself into resentment over the success you have had in your love life.

She may feel she was wrong by not having your good looks.

She may even attribute the good relationship you have only to the fact that you look better.

Whenever the topic of your love life comes up, she may make comments like, “oh, not all of us are like you” or “it must be nice to get any guy you want with that supermodel beauty.”

It may start as subtle at first but then may go to the point where she’s not only complaining about her bad relationships but blaming her bad luck in her love life on you.

7. She Bad-Mouths You Behind Your Back

A woman who is jealous of your looks will stop at nothing to make the people around you resent you as much as she resents you.

Not only will she discredit you, but she may even spread false rumors and bad-mouth you behind your back to make you look shallow.

She will make them believe that you think of yourself as better than others because of your looks.

She may even make sarcastic and dry comments about you being a “Barbie girl” or having things handed to you.

These rumors may spread to the point where they make you want to hide and disappear.

The best way to deal with such people is to either have an honest confrontation with them or ignore them by being your authentic self around others.

8. She Publicly Tries to Make You Look Bad

A continuation of the previous point is when she tries to embarrass you in public.

She can’t be satisfied with just her feeling jealous of your looks but feels the need for that resentment to be public and magnified in the eyes of other people.

She will make destructive gossip about you and your personality.

She may even call you out in public while trying to humiliate you in front of others.

It’s also possible that these attempts to make you look bad may not be due to a direct intent to harm you but might be born from subconscious envy that she may not have realized herself.

It’s best not to let things escalate and have a conversation with her about why she’s acting the way she did around you.

9. She Will Tell You That You Could Never Understand Her Struggles

If she’s jealous of your looks, then she will tell you that your life is somehow privileged and that you could never understand her struggles.

While there may be a kernel of truth to the statement that she suffered from not having the most attractive looks, it’s not fair to say that you didn’t have your own fair share of struggles in life.

You may not truly understand what she’s going through or what it feels like not having good looks, but the same is true for the flip side as well.

She’ll never truly be able to understand the pressure that comes with being hailed for your appearance all the time and the inability to trust others’ intentions when they interact with you.

10. She Tries to Make You Feel Guilty for Having a Good Look

This is a common trait of someone jealous of your good looks. She may have low self-esteem and may try to ruin your happiness because of it.

She may complain to you for hours about how she wishes she had your looks and about how lucky you’re to be attractive.

She may try to guilt-trip you for simply existing with better physical features than herself.

She will see that you hear about every little inconvenience she has had to face because of an ugly nose, a bad hair day, or poor skin health.

Basically, she’s trying to imply that you look great and don’t know how it feels not having good looks.

11. She Tells You That Looking Good Is Easy for You and Takes No Effort

A woman who’s jealous of your good looks may even minimize the efforts you take to maintain your appearance.

She’ll make catty comments about how looking beautiful is a way of life for you and that you don’t need to worry about anything.

She may also say that things like dieting for better body shape, skincare, and hair care routines are easy for you.

It may or may not be easy for you, but it’s unfair to claim that you don’t adopt active lifestyle habits to ensure you can look your best.

She’s just trying to undercut your appearance and make herself feel better for not having the discipline to stick to a beauty regimen. 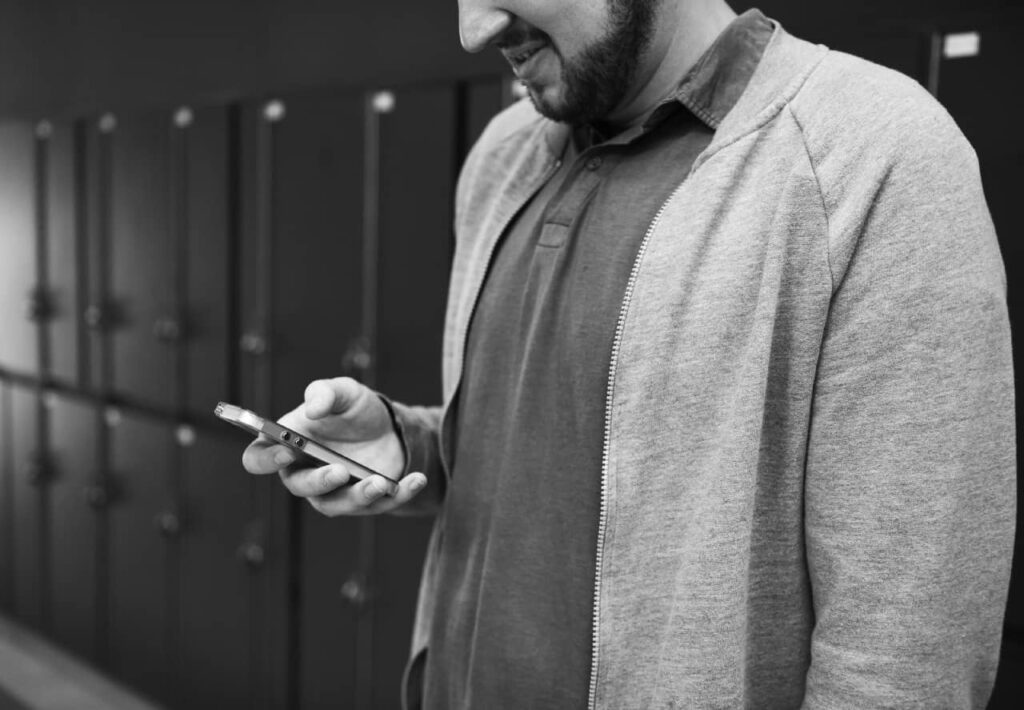 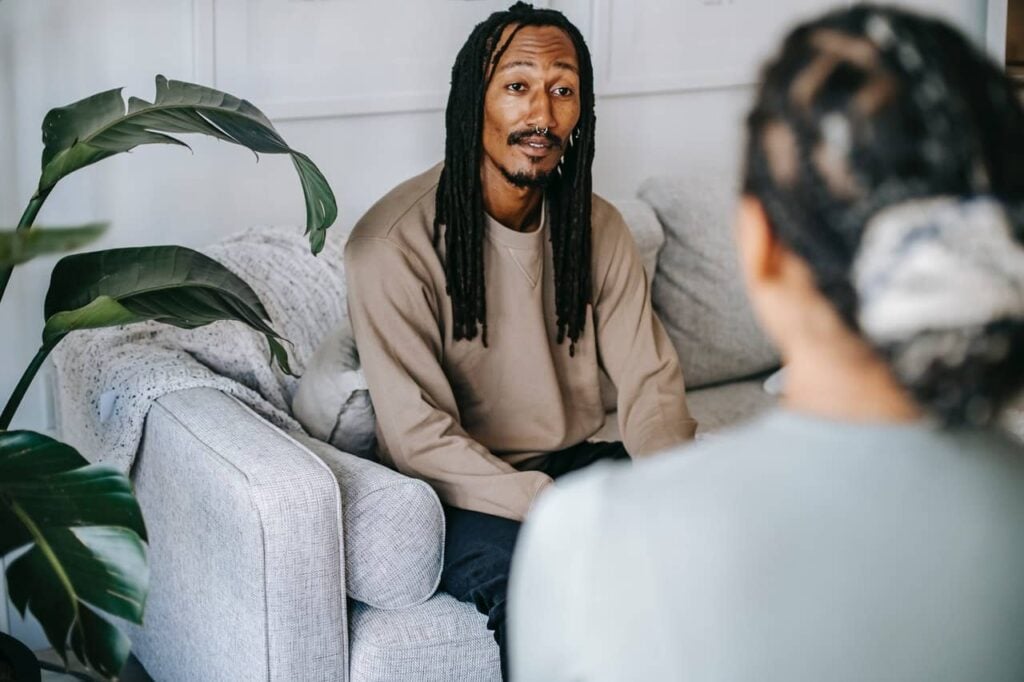