Nothing beats the bliss of falling head over heels with someone. The caveat, however, is when the other person is already hitched.

So how do you know if a man has fallen in love with a married woman like you? Well, you should be on the lookout for these 15 signs:

When a man likes you, he will look or stare at you differently. He may give what experts call a ‘copulatory gaze,’ or in other words, a come hither look.

And while he may not notice it, these physical changes hint to more than just the usual stare:

Even if he’s all low-key, you’ll quickly feel it when a man is staring at you.

It’s what psychologists call gaze detection, where you become sensitive to the fact that someone is looking directly at you.

2) He always smiles at you

When a guy loves you, he automatically becomes happier around you. As such, he may often find yourself beaming a smile whenever you’re near.

Like most people, this happiness stems from the substances the brain produces when you’re attracted to someone.

Dopamine and norepinephrine, for one, can make him feel giddy – euphoric even. He may be so happy that he barely feels the need to eat or sleep.

Even if you don’t see any apparent reason why he’s happy, he knows in his heart that it’s all because of you.

3) He remembers every little thing you say

When a man loves you, he’ll listen intently to you.

He’ll pay a lot of attention, which is one of the more obvious signs that he likes you.

He’s so engrossed with your conversations that he remembers every little thing you say.

Your boyfriend James, who cheated on you with your best friend.

Your crazy college trip to Cabo.

It’s the things you fondly remember – and memories other people hardly recollect when you tell them. But because he’s crazy for you, he has each and one of them stamped on his mind.

You may be surprised – he might remember these little things more than your husband!

4) He always tries to look good in front of you

All people – regardless of status – will try to look their best whenever they’re someone they like. For one, physical attraction is the first thing people notice in a potential partner.

More than just catching your eye, looking good is a way for him to seem ‘better’ than other people – your husband included.

After all, some believe that the more good-looking people are, the more palpable or intelligent they are (though it’s not always true.)

Even though he’s not a textbook looker, he’ll try to improve his ‘attractiveness factor’ by grooming well and smiling more. He might even have his teeth fixed to impress you!

5) He loves giving you compliments 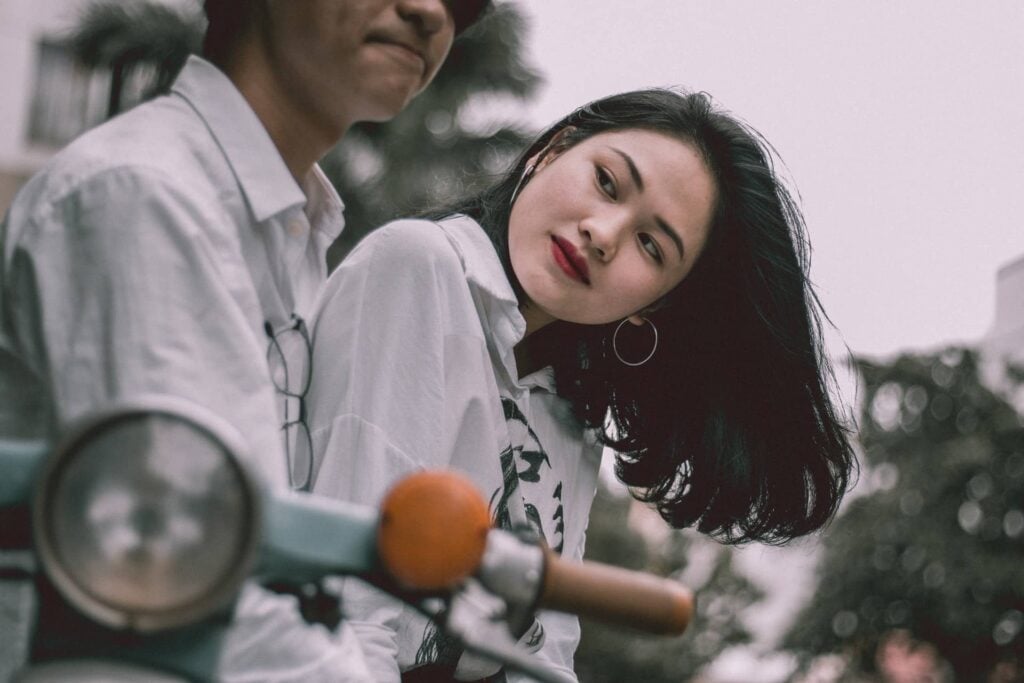 He may have a variety of reasons why he’s fallen in love with a married woman like you. It might be due to your looks or your electric personality.

He thinks of you as the perfect specimen, which is why he can’t stop complimenting you.

He might not know it, but there’s a possibility of you liking him back – despite being married – because of these compliments.

For one, appreciation is foundational in relationships. You may gravitate towards him, especially if your husband does not compliment you like the other guy does.

Add to that, these remarks are bound to make you feel good. Compliments light up the parts of the brain that get activated when you receive a monetary prize.

Who wouldn’t be happy if someone appreciates your hair, clothes, etc.?

6) He prioritizes you above all else

When a man loves you, he will make you his top priority.

In other words, even if he has other things he needs to do, he’ll ditch them all to be with you.

He’ll make time for you, even if he barely has time for himself.

He’ll introduce you to family and friends, which he usually doesn’t do with other dates.

He’ll find a way to communicate with you often, even if you’ve just talked an hour before.

When a guy prioritizes you – he’ll give you the best gift of all – time.

Saying no to other people can be tricky, but he’ll make it a point to put his foot down if needed.

The only difference is when you ask him, his answer is an automatic ‘yes.’

For one, he loves you, so he wants to please you all the time. He feels that if he says no, he’ll end up disappointing you.

Even if he can’t do it anymore, he’ll still say yes to you. That’s how much you mean to him.

That said, you shouldn’t abuse this privilege, though. You don’t want to end up using the guy just because he can’t turn down your requests.

When a guy loves you – married or not – he’d want to see you happy.

When you frown, it’s as if he’s feeling the agony yourself.

He doesn’t want you to feel sad or hurt. He’s fallen in love with you, after all.

Because of this unpleasant feeling, he’ll do anything to make you smile – even if it’s to his detriment.

He’ll sacrifice his time, energy, and money – basically everything it takes – to turn your frown upside down.

9) He wants to be your hero

Every man has that biological drive to live a life of meaning. He yearns to provide for the people around him – and eventually earn their respect.

Simply put, when a man loves you, he will try to protect you and treat you right. After all, it’s a way for him to earn your love in return.

Having the hero instinct doesn’t necessarily require him to jump over buildings or walk through fire, though.

A man with a hero instinct will:

10) He’s jealous of your husband

Jealousy is indeed a green-eyed monster. It involves a whole spectrum of emotions, from fear to humiliation, to flat-out rage.

He’s jealous of your husband because the woman she loves is with him.

And while he might not have the ‘right’ to be jealous, it’s what experts describe as a normal feeling. After all, jealousy is designed to preserve important relationships – such as this one.

As Dr. Robin Stern describes it in a CNBC article, “It’s that ‘I might lose you in some way’ feeling.”

That said, too much jealousy is terrible – whether it’s toward you or somebody else. As psychologist Dr. Daniel Freeman puts it:

“Jealousy breeds suspicion, doubt, and mistrust, which can snowball into pretty intense emotions and behaviors.”

“We may become preoccupied with the fear of betrayal. We might start checking up on our friend or partner constantly, trying to ‘catch them.’ We might become possessive of that person.”

11) He keeps on joking that he likes you 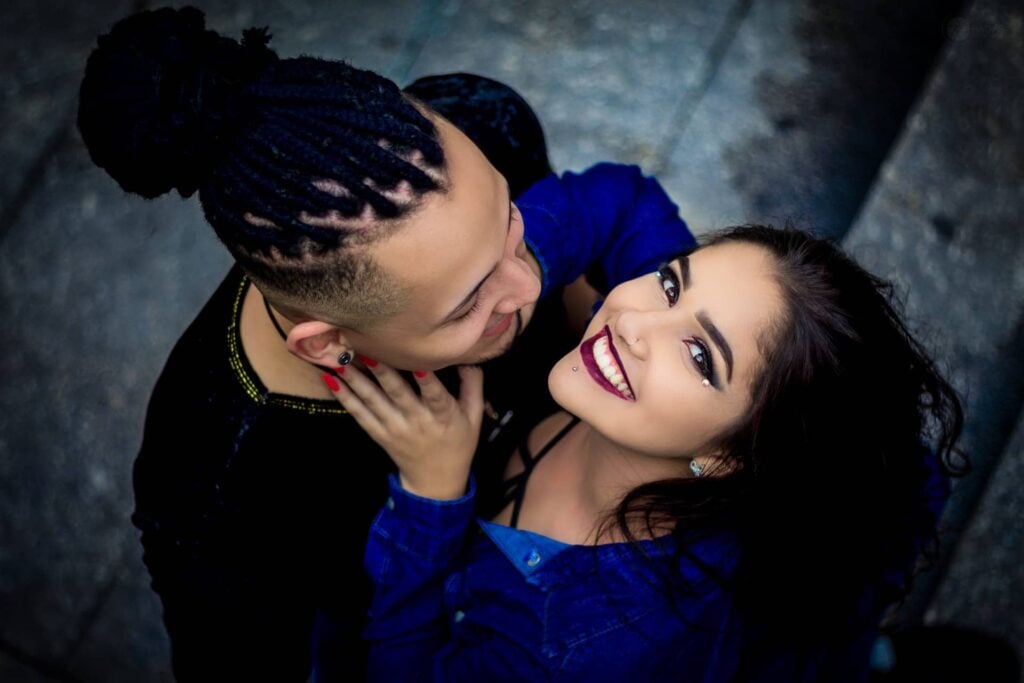 Jokes are half-meant. He’s joking that he likes you because it’s what he feels.

Apart from alluding to the fact that he likes you, his attempt at humor may do him some good.

According to the principles of positive psychology, humor can make you feel better – just like what happens when he pays you a compliment.

It may even gain him intimacy with you, the person he loves!

Although this is the case, not all jokes are funny, especially when it comes to a sensitive issue (such as falling in love with a married woman like you.) Others might find it offensive, so be careful!

12) He’s mum whenever you ask about his love life

He’s undoubtedly the most eligible bachelor in the office. He’s educated, successful in your career, among many other things.

The only thing missing in his life is a romantic partner.

And whenever someone asks him about this – especially you, the woman he likes – he clams up right away.

After all, he’s hiding a seemingly dark secret.

Even if you taunt him, he’ll only deflect the question. He’ll try to change the topic –  and keep the spotlight away from his hidden feelings towards you.

When a man likes you, he can’t help but feel awkward around you. Since you’re married, the weirdness factor gets a notch higher.

In fact, he might find end up doing these awkward things:

14) His body language says so

Even if he tried to conceal the signs above, his body is bound to give away his feelings for you.

Body language is a nonverbal sign that people use to communicate. They range from expressions and physical behavior to subtle mannerisms.

If a guy likes you, you may notice him channeling these body language cues:

It’s a matter of copying your nonverbal behavior and speech, among many other things.

When a guy mirrors you, he will tend to:

A guy who adores you will ‘unknowingly’ invade your intimate space. That means hovering anywhere from 0-18 inches away from your face.

He’ll also try to learn towards you, which experts believe is a nonverbal sign of agreeableness and partnership.

Add to that, he’ll find ways to touch you whenever possible. You may find him putting his hand on your shoulder – or the small of your back – during casual conversations and whatnot.

Yes, even his belly shows his love for you. When he faces his stomach towards you, it displays interest. When his belly expands, it’s a sign of confidence – and increased attraction.

As mentioned, a man who adores you will try to look his best whenever you’re around. He does so by preening, which is a behavior that he does to make him look more attractive.

Examples of preening include brushing his hair away from his face, straightening his sleeves/tie, fixing his collar, checking the mirror often, etc.

15) He can’t help but picture a future with you

Even if he knows that you’re married, he can’t stop himself from picturing a future with you. You might not notice it, but he always remarks on dating you once you get divorced.

He believes that nothing is set in stone. You might have a strong marriage, but no one knows what will happen a few years from now.

Like any other hopeless romantic, he may be patiently waiting for an opportunity to be with you.

Although this is the case, he’s fighting the compulsion to do something he’ll regret. He loves you, but at the same time, he doesn’t want to cause any trouble in your married life.

The truth of the matter is no man, no matter how strong-willed, can stop himself from falling in love.

The heart wants what it wants.

The only question is, will he do something about it?

As for you – will you act upon it and disregard your marriage?

While morally, the answer is obvious, the decision is still up to you both. 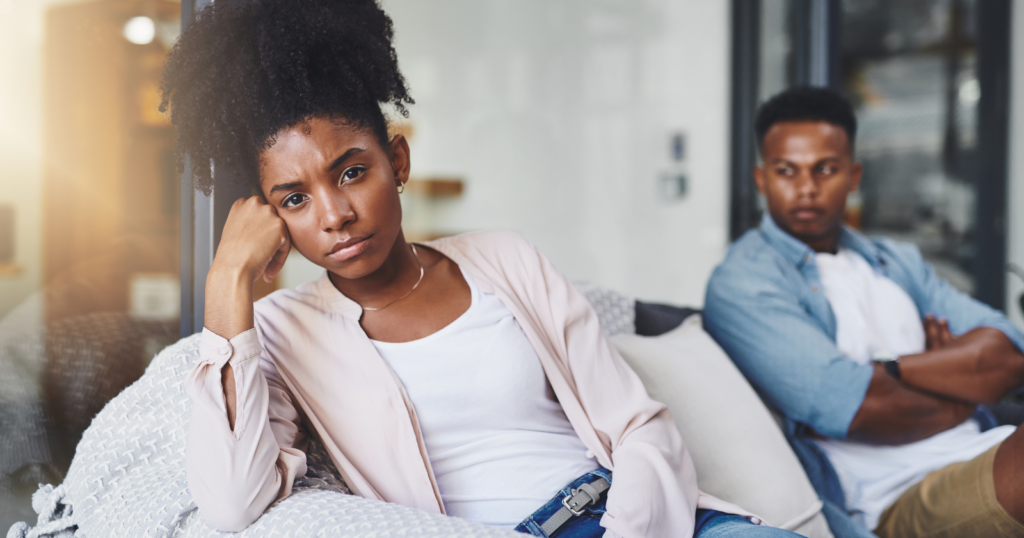 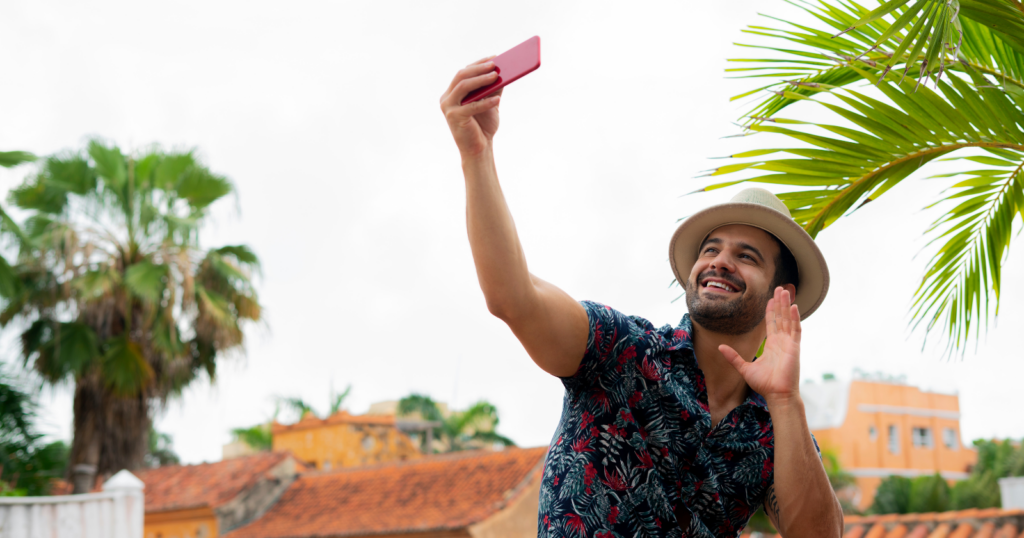 I'm Raye, a nurse licensed in both the Philippines and the US. I also have a Master's degree in Public Management. Just like helping my patients, I like to empower & motivate readers with research-backed articles.