You might’ve noticed a pattern with the men that you’ve encountered recently.

They all seemed more fidgety when talking to you, stumbling on their words, and darting their eyes around anywhere except to meet yours.

Don’t worry, there’s nothing wrong with you.

Some reasons why they might be acting that way is because they either like you or are intimidated by you.

In any case, it presents an elephant in the room.

And it can become difficult to communicate properly without first addressing it – or at least knowing how to approach them because of it.

To help you communicate better, understand these 12 possible reasons why guys might be acting differently around you.

There are some guys that are naturally more reserved than others.

They’re the silent types that tend to want to keep conversations as short as possible because they just want to get out of there.

They aren’t necessarily introverted, but they aren’t very extroverted either. They’re just shy.

Shy guys usually take a little longer to come out of their shells.

When a guy is shy around you, don’t take it personally. He just wants to be nice but doesn’t know how to act properly. Before asking him questions about himself, you can be the first one to open up. Tell him about yourself. That way, he can warm up to you and feel more comfortable opening up.

2) He has a fear of commitment

While some guys say they want to be in a relationship, sometimes their actions might say otherwise.

Guys aren’t usually the type to share, or even admit, their feelings.

They may have a fear of commitment but they may not even know it.

They just begin keeping an arm’s length away from you, emotionally.

He’ll say nice things to you… but then change the conversation before it gets too intimate.

In these cases, it’s better to not expect anything to avoid getting frustrated or disappointed.

3) He thinks you’re out of his league

Often, guys will be caught off-guard by the sheer beauty and personality of someone.

Their jaws drop and their stares go blank as a supermodel walks by.

So when a guy begins stuttering and gets clumsy when he’s talking to you, this could be why.

When a guy thinks that you’re out of his league, that could also reflect his low self-esteem. He doesn’t think that he’s good enough for you.

If a guy doesn’t think that he’s good enough for you, it might be more worthwhile looking for someone who does.

Maybe you graduated from a prestigious university, or it’s you’ve got a number of professional achievements under your belt. These are the things that intimidate some men when you talk to them. It’s similar to how they might react if they felt you were out of their league (which you probably are).

Another kind of fear would be if he knew that you were someone that doesn’t take any B.S.

When someone makes a mistake, you give them a death stare that makes them shiver.

5) He’s going through something in his personal life

When you’re talking to him, he often spaces out, with a deep stare into nothingness.

Or when he’s talking, some of his sentences trail off, leaving to wonder what it is exactly that he meant to say.

What this means is clear: there’s something on his mind. What exactly? It’s often difficult to tell.

But if it’s interfering with his ability to concentrate, it might mean it’s deeply troubling him.

So whatever problem he has going on in his life will often be known to himself only (often by his closest friends too).

When you can see that something is visibly bothering him, you can always ask what’s going on and offer your support.

6) He’s been scarred before

He’s been in a committed relationship before. It was great – until his partner left him heartbroken and alone.

Ever since then, he’s been carrying around the scars of his relationship wherever he goes.

Now he vows to be even more careful when talking to someone new.

This is a big reason why it might feel like he’s acting so strange and distant. He’s being cautious.

Until then, he stays reserved and continues observing the relationship until he can fully trust you.

Part of the reason why a guy might be acting friendly is that he likes you. As time goes on, he looks for signs that you feel the same.

But you personally aren’t sure about the way you feel about him, though you haven’t told him yet.

No matter. He might’ve picked it up from your behavior. You’re avoiding his hugs more, or not laughing at his jokes as much.

This brings any relationship to an awkward area. That’s why he might be acting so weirdly.

He doesn’t know what to do going forward. It might be up to you to take the initiative to define the relationship.

8) He thinks you’re already with someone

Maybe the two of you hit it off. You’re chatting well, understand each other’s references, have similar tastes in movies and music and have the same favorite restaurant.

There might just be one problem: he thinks that you’re with someone else.

You might think that’s strange but maybe to him it’s very likely.

He might’ve spotted you from afar, talking and laughing with another guy.

He might’ve even caught you wearing a jacket that wasn’t even yours.

All this time, it might’ve just been your close guy friend – but he doesn’t know that yet.

9) He needs things to slow down

Some couples might get to the “I love you” stage sooner than others. Others might already sleep together on the first date.

It varies per person, especially with him.

Maybe you felt that your relationship was already going at a strong pace: you’ve gotten to know each other well, you’ve slept together, you’ve met each other’s parents.

You might think that your relationship is in a good place.

But he might be thinking that your relationship is going just a tad bit too fast.

His behavior might just be him trying to hit the brakes on the relationship to slow down to a pace that he’s more comfortable with.

After a few dates and nights spent together, you think that you’re really falling for him.

But there’s one problem: he might’ve realized after the 5th or 6th date that he doesn’t want to be with you anymore. It isn’t you, it’s him.

Now he feels awkward about it because you’re already so invested in the relationship but now he wants to end it.

He’ll start missing your calls more often, replying to your texts much later, and maybe even start giving you more rain checks on dates.

Love is a powerful feeling that can catch most off-guard.

Since men aren’t often taught how to handle their emotions, falling in love might hit them like a bus in the night; they just aren’t ready for it.

He’s stumbling and fumbling, trying to find his footing with this powerful emotion.

That’s why he might be acting so weird around you – he’s a man in love.

And men in love do weird things.

Maybe he’s still trying to figure out whether he likes you or not.

He isn’t all that committed to you yet, but he knows that there’s potential there.

This inconsistent behavior might be his ploy to keep you on his hook.

In all these situations, when a guy’s behavior is strange around you, don’t be afraid to take the initiative.

Take the lead on conversations, open yourself up, and allow him space to share what he thinks.

It can be easy to take their behavior personally.

You might feel that they’re acting a certain way because of your personality or the way that you look.

While those might be factors, the way they act is more of a reflection of their character rather than of who you are.

Changing their behavior is none of your concern and isn’t even your problem.

The best thing that you can do is to try a different conversational approach, or walk away from him and talk to someone else.

Guys can act weird around you, but you don’t always have to be around those guys. 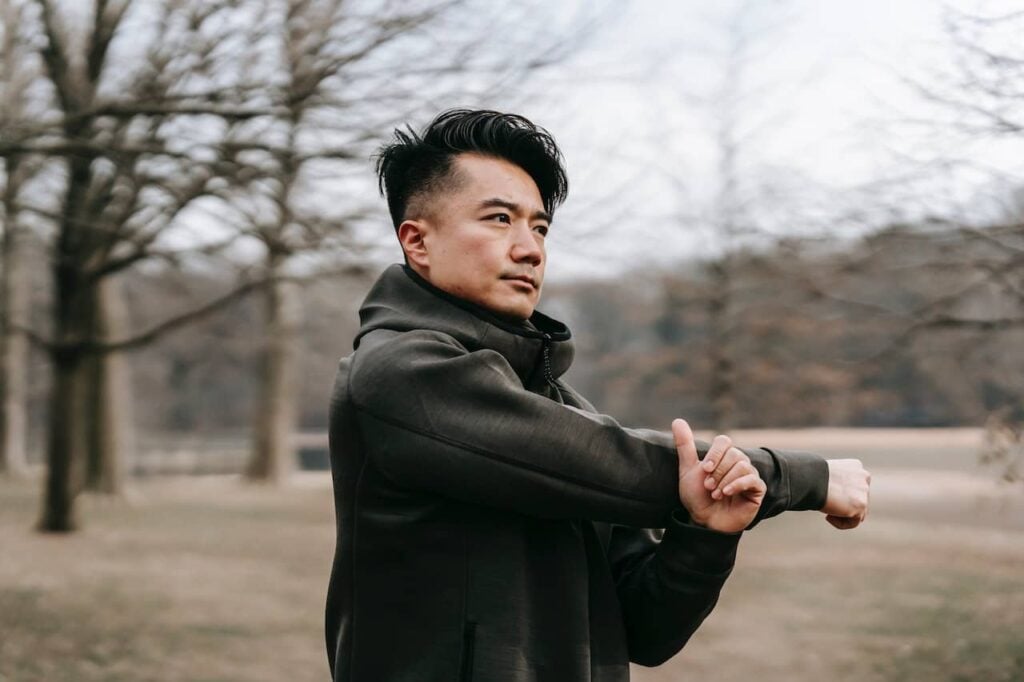 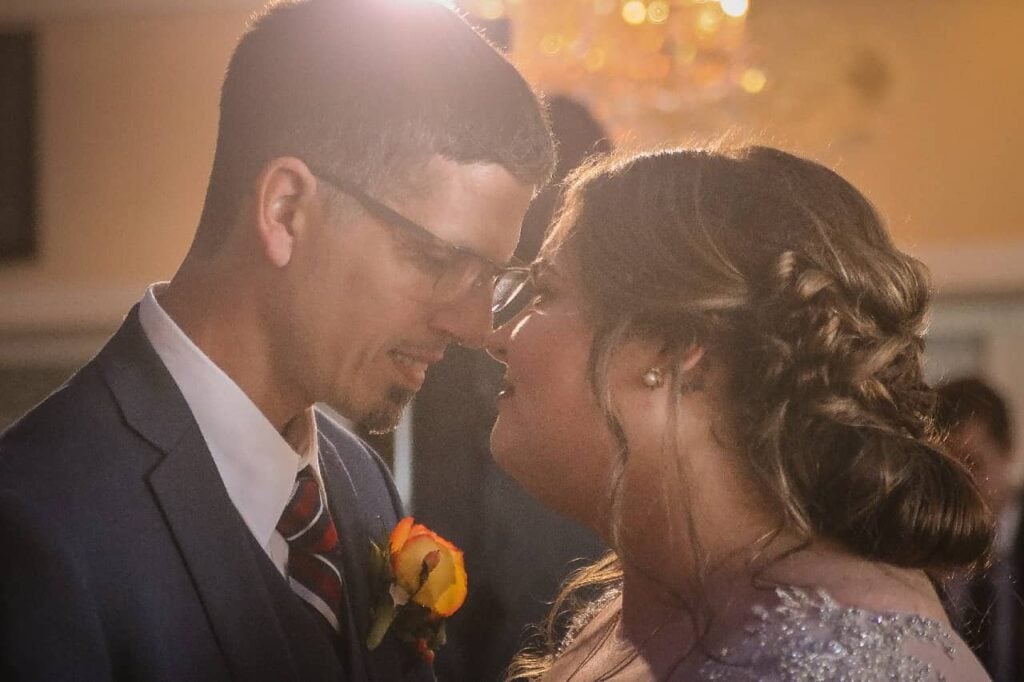