I have a cat who I just love. His name is Oscar.

This sneaky little green-eyed devil brings so much joy to my life, and we have some great cuddle times in front of Netflix that are just plain special.  We’ve become a cozy little cat family and it’s quite cute.

If and when I do get a boyfriend he’d better get along with Oscar or it’s probably not going to work between the two of us!

But there’s something that Oscar and I had to learn about each other two years ago when I first started caring for him as a kitten.

Here it is in a nutshell:

When Oscar wants to play, wants cuddles, wants food, or wants love, he will sidle up to me and find me.

Even if I’m on my laptop catching up on a huge project at work or trying to talk on Skype to my mom, Oscar will come see me when Oscar wants to see me.

He’s a lovely snuggly little fellow, but when I first got him and tried to quietly go up behind and pet him he bolted from me like a bat out of hell.

No matter how quietly I came up to him, he didn’t like me sneaking up behind him. He wanted to be in control.

Sometimes I succeed by walking up to Oscar and directly giving him a little pat, which he likes, but his favorite thing is to come after me.

In fact: the best thing to do if I want Oscar to come have time with cat mommy is ignore him a bit and walk away from him. He gets curious then, and he trundles after me, wiggling his adorable orange body as he comes to rub his whiskers on me.

A lot of my past relationships have ended when I pushed for commitment.

I didn’t push hard, not in a “bossy” way, just dropping a few hints and “sneaking up” on my guy a little bit.

I’d think of these really sweet romantic gestures like having dinner with him at the place we went on our first date and saying how great it would be for someone’s wedding. Or by asking him if he’d ever thought of moving in together.

It never worked. I was so frustrated every time, and every time I thought I just needed to be a little more easygoing, have more patience or go at his speed.

But that’s not it. Not at all.

Here’s how to tap into a guy’s inner instincts and deep psychological drives in order to have him begging you for commitment way faster than you ever thought possible.

How to score a cat trick: 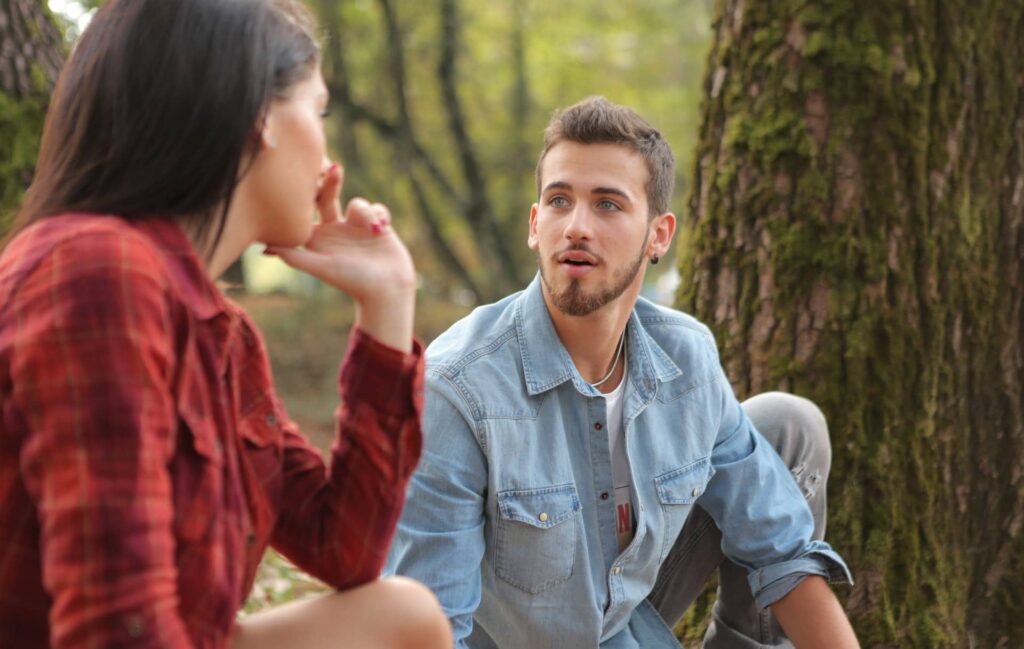 As I said, being too sneaky and trying to make your guy be into commitment is the wrong move.

On the other hand, being overly direct or putting conditions on the relationship and his interactions with you can make him feel even more pressured.

The trick is to be direct with him but not pushy.

Men are very attracted by what they see and noticing your eye contact and head-on approach turns them on.

Show him you’re just who you say you are, that you like him and that you see him for who he is, not your idealized or conditional image of him.  They won’t feel you’re hiding anything or have an ulterior agenda.

Men are scared of women who are trying to deceive or seduce them in some way to get serious.

There’s a saying that men fake love to get sex and women fake sex to get love. While I’m not nearly that cynical, there’s something to it!

Men are freaked out about a girl they find hot trying to seduce them and “force” them into a commitment they don’t want.

When you make it clear you’re not one of “those girls” and that you’re attractive, up front and interested to see where things go, he will drop his guard and begin to let his feelings grow for you.

Why does it always start out so wonderful with a guy – and then he always pulls away? Discover the REAL reason here.

In the past, my biggest mistake with guys was that even in a subtle way I was pushing.

Now I pull, gently…letting slack into the leash when I feel a hint of resistance.

Did I actually just compare men to dogs? No…no, don’t get me wrong.

I’m sticking with the cat analogy.

I’ve seen people walk their cats on a leash, and also, if you let him know you have desires and attraction but you’re not attached to them, it’s not a bad thing.

It’s far different than making him feel he must live up to certain things in order to be with you.

The latter makes him walk away, the first keep him enticed and wondering whether he’s living up to your standards.

You pull a little and let him know he’s got your full attention and interest, then you let a little bit of slack into the line and take a girls weekend off.

You pull a little and buy a new set of red lingerie that rocks his world, then you let it go a bit slack and allow him to come back around once he can’t get you out of his head again.

Let him be pulled by his attraction to you and come towards you, instead of you having to guide his every step.

Make him fully – and excitingly – aware that you’re there and you want him, but that you’re also your own woman who doesn’t depend on him for your validation or wellbeing.

3) Let him choose you freely 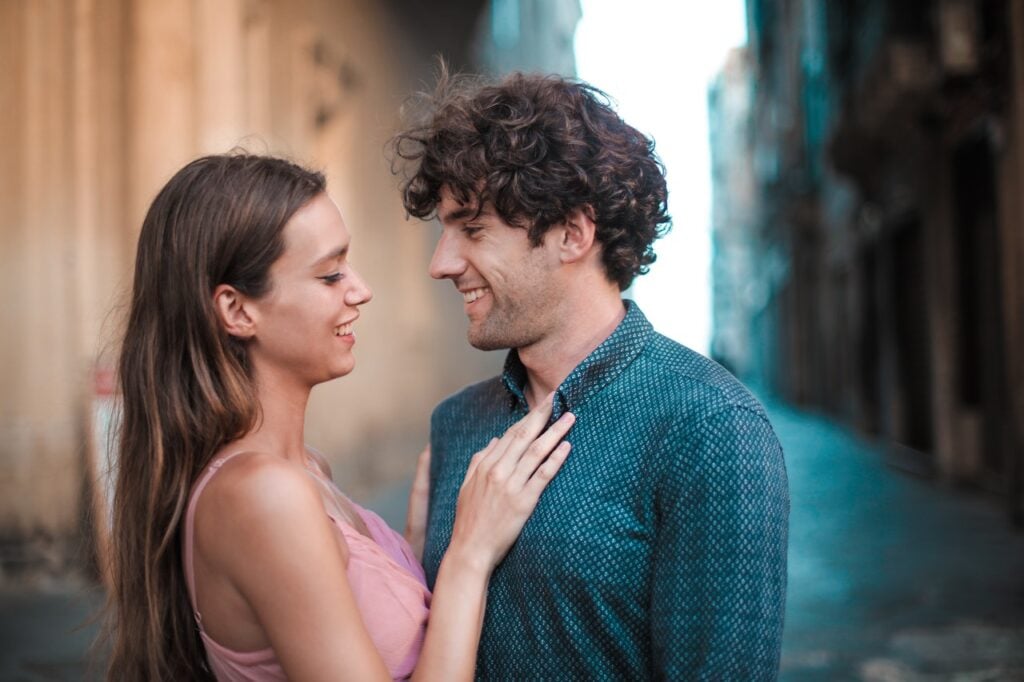 Men are wild creatures. Maybe they’re more like tigers or lions at heart.

They have a drive for commitment and to protect and provide for women, but it’s counterbalanced by a deep fear of being chained down or controlled.

He wants to commit, eventually, with the right woman…

It has to really be his choice.

If he feels even subtle pressure or expectations on him it will send him the other direction.

If he feels the seductive invitation (the “pull”) but knows that you’ll also be OK if he walks away, this will make him desire you even more.

The key to the cat trick is freedom with the power of suggestion.

Show him you’re willing and ready, but you’re also not waiting on him to make your life happen. Gently let your eye contact, words and touches seduce him while also being always in flux and hard to pin down yourself.

He’ll start seeking you out and desiring to be with you as much as possible. He’ll beg you for commitment before you leave and find somebody who’s more dedicated to you.

Why does it always start out so wonderful with a guy – and then he always pulls away? Discover the REAL reason here.

Get ready for the real thing…

Using the cat trick is simpler than you think if you go about it the right way.

It’s all about the details and paying attention to the present moment as your guy responds or pulls away.

The cat trick is all about not overthinking.

Just be present and act calmly and normally as you invite your guy into deeper intimacy.

More often than not it’s an invitation he’ll take you up on.

Now, I have a question for you…

Why do men “ghost” a good woman?

Have you ever had a man string you along and treat you like his “back up plan?”

Or had something special with a guy…

Only to have him disappear the moment things got serious?

Why is it so terribly common for men to suddenly “ghost” a good relationship?

In fact, they don’t really think about your relationship at all. At least not in the way most women do.

The fact is, men need much more than just the initial sparks of a new relationship to fall in love and commit to you.

And it basically checks off every item on a man’s “Soul Mate” list all in one fell swoop.

And it’s what make’s men do crazy, spontaneous things for you in the name of love.

So if your man isn’t settling down, or if you’re worried he isn’t REALLY committed to you at all…

Then this straight-to-the-point video is exactly what you’re looking for: 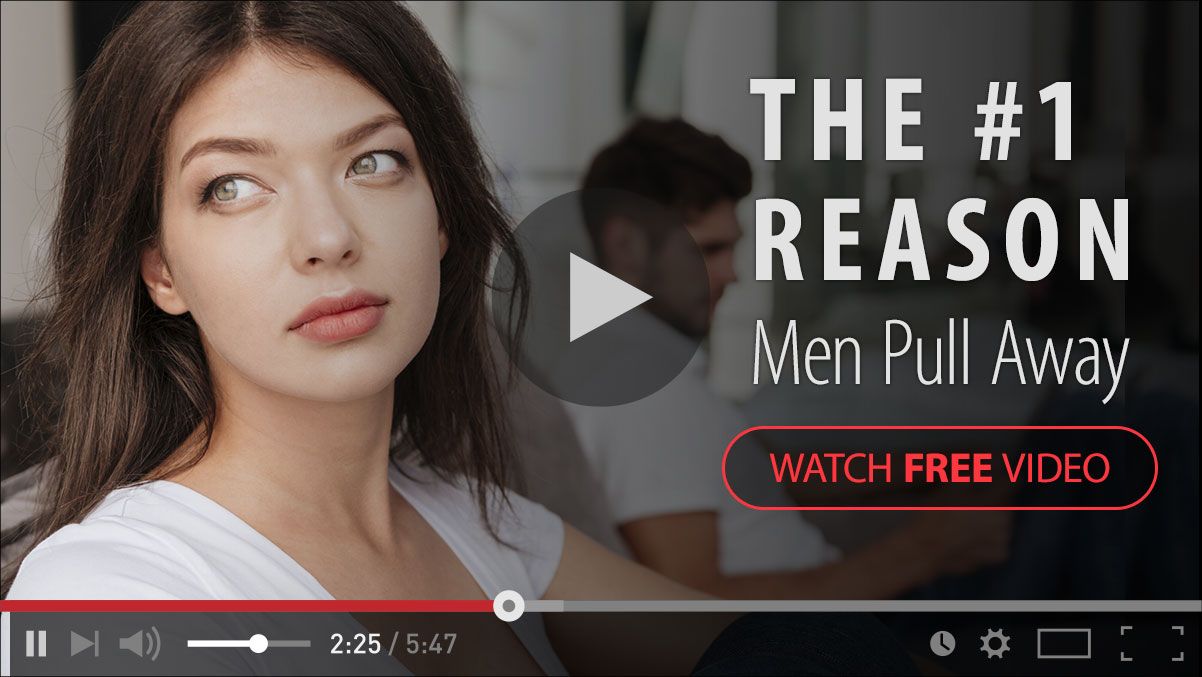 Click here to make him feel The Cupid Effect 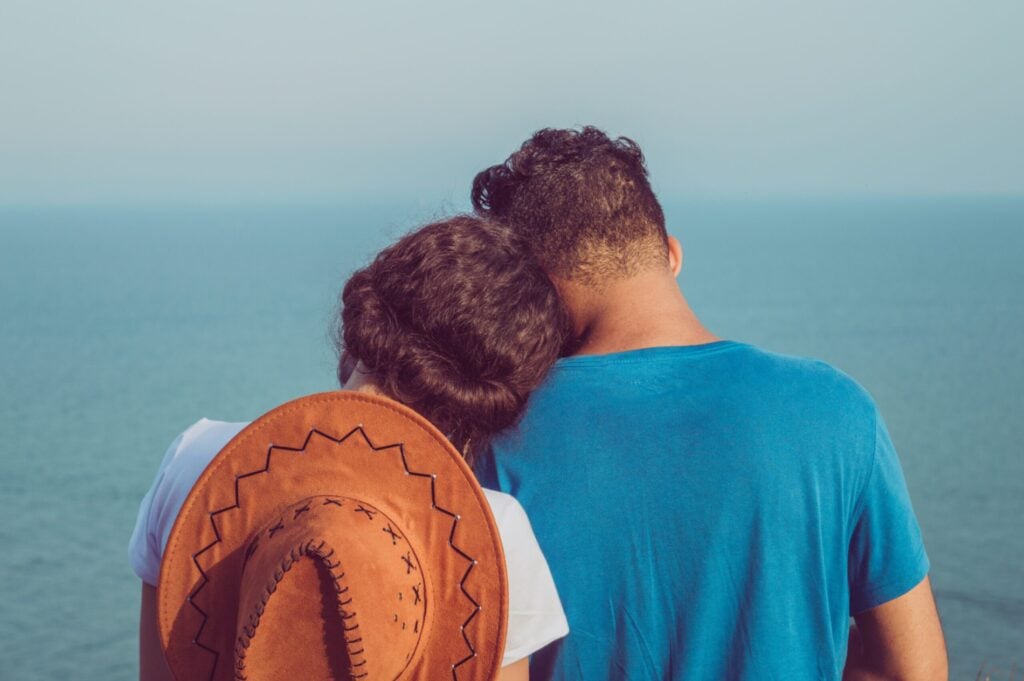