The short answer is OF COURSE NOT!

In fact, in this day and age, it’s perfectly normal to be single all the way up to your 40s. Some even prefer to remain single well into their 50s!

There are many reasons why being single is not that weird these days, and in this article, I will tell you all about them.

1) Our generation is spoiled for choice.

We have phones and the internet for almost 24/7 connectivity. We have dating apps and social media giving us ways to reach out to other people.

Compared to those who lived before our time, our generation is spoiled for choices and dating culture reflects that fact.

When you first think about it, it might seem like having a lot of choices should make it easier for us to find our partner.

But indeed, it has the opposite effect.

Knowing that we can always meet someone new means our standards are higher now. We lose interest fast when they don’t meet certain criteria because hey, a better one is just always one swipe away!

This isn’t a bad thing—after all, why should you settle for less?—but it can help to ask yourself from time to time if you’ve set your standards too high. And when you plan to say “well, this isn’t so bad.”

2) Our generation has a hard time with commitment.

Another consequence of having plenty of choices is that our generation simply finds it hard to commit.

There’s always the feeling that someone better might turn up if you were to wait a little longer. We don’t want to compromise too much,

It’s also become so easy to find a hook-up that some might even prefer small flings over getting into a committed relationship.

Even if you yourself might not have these same commitment issues, the people you’re hooking up with might.

It is what it is, sadly, and it means you’ll just have to keep looking and trying to be better.

3) There’s less pressure to have kids these days.

One reason why people might want to get into a relationship sooner rather than later is because you might want to have kids, or be told that you should have kids.

But people these days simply no longer think of kids as a priority. In fact, many people decide to opt out of having kids entirely.

So people simply aren’t as concerned about finding a relationship “early” as they used to be.

Perhaps you might think this way yourself, but even if you don’t, the people around you probably do and this lends to why there’s a lack of urgency to get into a relationship even when you hit your late 30s.

And there are no issues either should you realize that you want kids when you’re, say, in your 40s. Between IVF, surrogacy, and adoption, you have more than enough options available for you if you really want kids.

4) Our generation is more willing to explore our sexuality.

Back in the day, people would simply date someone of the opposite sex and then marry because it’s what society expected them to do.

But that’s not the way society works these days!

Now, people are much more aware and accepting of sexual orientations and identities beyond simply “straight.”

So it’s not surprising that people would be perfectly willing to figure themselves out first before committing to a relationship.

After all, imagine how bad it would be to rush to get into a relationship, only to later realize that you aren’t sexually attracted to your partner at all.

People found themselves in such arrangements back in the day, no thanks to simple societal expectations… and who wants to live such a life?

So people take the time to figure themselves out first before they start seriously dating. Some might even find that they’re more comfortable being in open relationships.

5) Life is simply too hard for romance.

Simply put, the world is f*cked.

Rent is higher than ever, as are the prices for basic needs such as electricity, gas, and food.

With so many of us living paycheck to paycheck and barely scraping by, it’s no wonder that we have little time for romance.

You would be going through the motions, prioritizing your career and doing your best to stay afloat… and before you know it, you’re 38 and still single!

Unless you’re some kind of multimillionaire, it’s very unlikely that you’ll manage to do something about the economy.

And this can greatly affect your dating life as well as your mental health.

6) We’re pressured to do something about our lives.

It’s not enough that we simply get by and survive. No, we’re expected to BE something.

Simply retiring to a quiet life on a farm or being content just hanging out with your friends over the weekend is not enough in this day and age.

“Dream big,” is not only a suggestion, it’s now a must.

Become the next Instagram superstar, or go big on Youtube. After all, we all have access to those things. If they can make it, why can’t we if we hustle enough. And why stop there? Start a business and become the next Jeff Bezos!

And, well, statistically so few of us will actually ever go big.

This takes a toll on our mental health, filling us with insecurity and worry.

When we’re so pressured trying to catch up or to become something more than we currently are, romance simply takes a back seat.

7) We’ve learned that there’s no magic formula for happiness.

We’re now consuming media of all kinds, and that gives us access to the many kinds of lives people lead. And this makes us question the usual stuff our parents have taught us about success and relationships.

I mean, if you think about it, why is being single such a big deal?

It’s not like people exist simply so that they can get married and have kids. In fact, a relationship can actually hold you back from living life as you see fit.

There are some people who need to be in a committed relationship to be fulfilled, but most of us would honestly be quite fine with just the support of good friends to live a happy and fulfilling life.

Love is love, after all, whether or not it’s platonic, romantic, or filial. We only have one life to live, and we should all live the lives that make us happy.

There are actually people who realize this and, realizing that they simply aren’t meant for married life, divorce their partners and live the lives they desire.

8) There’s less stigma around being single than in the past.

There’s so much less stigma in being single these days than there was in the past.

In fact, being married young—like in your early 20s—actually comes off as a little queer. People would think that you’re married too young and there must be something wrong with you.

Now, that doesn’t mean that there won’t be people who’ll judge you for being single at 38, of course.

But people are simply so much less judgmental that you probably won’t even feel that you’re single, most of the time.

We simply know so much more these days than people used to.

We’re taught about how people think, how we should be better partners, as well as what we deserve.

But it can also make us keenly aware of how much we DON’T know. The thing is, the more you know, the more aware you become of how little you actually know.

This state of knowing and not knowing can paralyze you when it comes to love. You overanalyze and second-guess.

You hesitate when you would otherwise “just do it” if only you were a little bit innocent. Now, you simply can’t just jump in.

While ultimately an understandable urge, it would help for you to let go and loosen up a little. Set the overanalysis aside and focus on exploring and actually living.

10) The older you are, the more you prioritize yourself.

The thing with dating while being young is that you actually think you NEED another person to be happy.

But as you grow older, you realize that nah, you’re actually cool being alone.

You’ve learned to love your company. You enjoy cooking for yourself, you enjoy spending all your money on yourself, you love going on trips without having to worry about another person.

You enjoy your freedom so much you’d rather have it than having a partner.

At least your happiness relies solely on you.

There are many good reasons why being single in your 30s is no longer a big deal these days… in fact, it’s now quite acceptable and normal.

So that’s why you should be a bit less worried about why you’re single at this age. Nobody is going to bat an eye should you try to find love in a dating app.

Look, we can live well into our 90s. Your life has barely even started yet at 38.

So hey, if you want to stay single, there’s no shame in that. And if you feel left behind because you still can’t find a partner, stop being too glum and just keep at it. Trust me, you’re not alone! 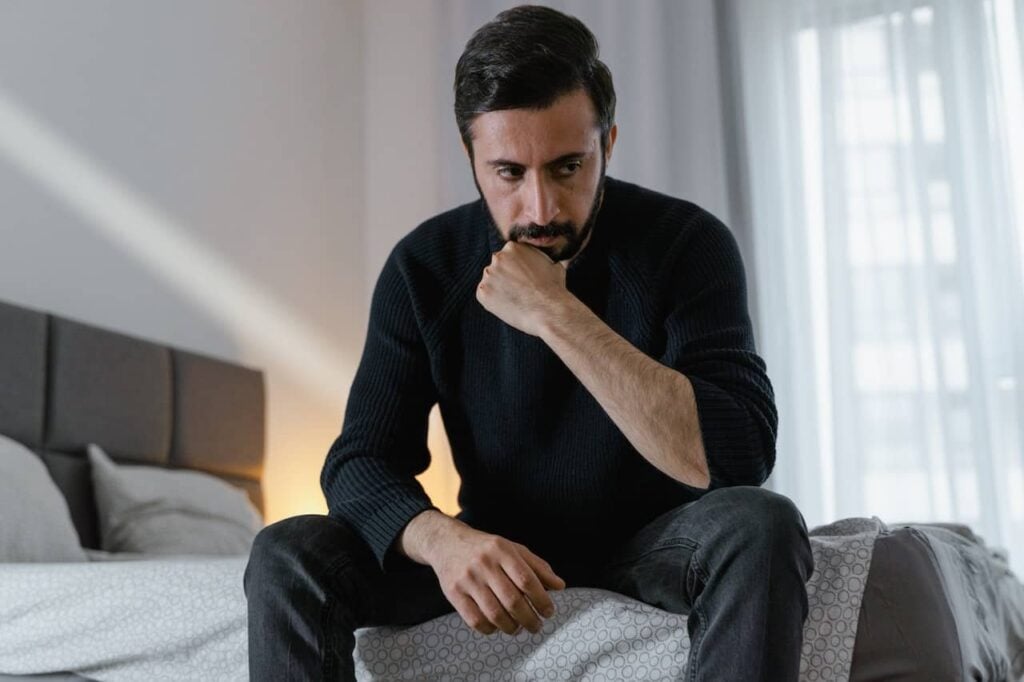 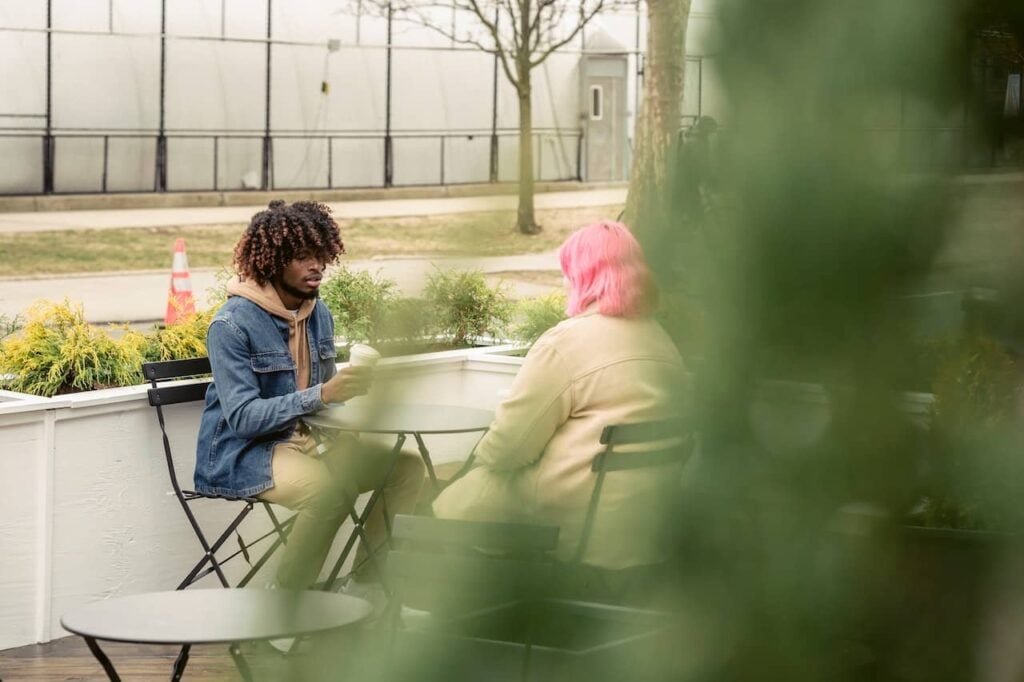