You’re looking for that organic connection.

And that’s when it hits: you’ve found the one. Charming, confident, very attractive. And you hit it off right away.

The only problem? He’s your workmate.

What do you do? Make the wrong move and you could jeopardize the workplace for both of you.

That’s why you have to know for certain if a guy at work likes you.

Here’s how you can tell.

First of all, if you’re into him, it’s super important to know if he’s into you.

Because workplace romances are complicated. If one of you makes a move, but the other doesn’t reciprocate, things could get awkward.

People could switch teams. Maybe someone gets reassigned.

It could get weird.

So that’s why it’s super important to really pay attention to these key signs to figure out if he’s really into you.

That way, when you make a move, you have a good chance of things working out.

Signs a guy at work is into you

It’s already so hard to get a read on if guys are serious or not. Is he flirting? Is he just being kind? Or is he only looking for something casual?

Factor in the workplace, and it’s even trickier to get the proper read on things.

Luckily, we’ve got a guide of the best signs that a guy at work likes you.

1. He finds excuses to talk to you

You’re not working on a project together. So why does he find time to chat with you nearly every day.

I mean, clearly you’re an amazing conversationalist, but chances are, he’s crushing on you big time.

Pay attention to how often he comes over to chat. See how long he stays. Does it seem like he wants to ask you something else, but never gets the chance?

2. He gives you a nickname

And not a mean one, either. It could be something as obvious as “honey” or “baby,” but probably something related to you, personally. This way it also seems innocent enough that it won’t attract suspicion in the workplace.

He might also call you cute or elegant or other subtle compliments.

Keep an eye on him anytime he calls you anything other than your name. It’s probably a sign he likes you.

3. He sneaks looks at you

During presentations, his eyes naturally find their way to yours. Whenever you’re in a meeting, he just can’t keep his eyes off you.

No matter the situation, it always seems that he’s looking at you just a little longer than anybody else.

And whenever you look back, it feels surprisingly intimate.

4. He jokes around with you

Maybe the two of you have inside jokes. Maybe he’s always playing little light pranks on you, and you’re playing them back.

Whatever it is, the two of you are playing around like a couple of regular goofballs.

Why is this a key sign he likes you? Because you’re no longer working like professionals. You’re breaking down the colleague barrier.

5. His body says he’s into you

Does he always lean in whenever the two of you talk? Do you catch him glancing your way every time you’re in the same room? Has he gently brushed your arm, your leg, or your face?

If he’s done any of these, it’s a major sign he’s crushing on you.

He’s testing the waters. He wants to see how you feel, and see if you reciprocate his feelings.

Another boring meeting! But wait, is he sitting next to you again? Did he save you a seat?

Is he in line next to you at the holiday party buffet?

No matter the event, he always seems to pop up next to you.

Why? Because he’s crazy about you. He wants to be near you. Take the hint!

7. He wants to know if you’re single

Dead giveaway. He wants to know if you’re on the market. He might outright ask “are you seeing anyone?” Or he might sneak it into conversations. Maybe you mention that you went out last night, and he responds “oh, with your boyfriend?”

This is a way for him to get some critical info: are you available?

When it’s your birthday, he’s the one that arranged for the doughnuts. Not just any doughnuts! Your favorite doughnuts from that bakery across town.

Hell yes, it’s considerate. It’s also a key sign that he’s seriously into you. If he’s going out of his way to show you that he remembers and appreciates moments that are important to you, definitely know that he likes you.

It’s not just work problems he brings up; he tells you about his personal life. Maybe he lets you in on a little family drama. He might bring up how things didn’t work with his ex. Maybe he brings up that he’s a huge fan of a certain movie series that has a new installment coming out next month…

The point is: he’s talking about things that aren’t work related. He’s building emotional intimacy with you.

You have a huge presentation due the next day? He’s there to help out.

Your team is running a big event that requires you to stay late? He’s helping hang streamers from the ceiling.

He’s going out of his way to help out. This means that he’s taking time from his personal time (and maybe some work time) to be with you. He’s making an investment!

11. He asks to hang out after work

Hey, everybody needs to blow off a little steam after work with their colleagues, I get that.

But this is different. He asks you for drinks. Or he wants to know if you’re joining the work dodgeball league.

Maybe he asks you to pop out for lunch out of the office.

Whatever it is, it’s something where the two of you can spend a lot of quality time together. And it’s usually not just once; it’s multiple times. The next thing you know, you always get lunch with him on Tuesday, and always get drinks with him on Friday.

Mirroring is a powerful and subconscious body display. If you move to the left, he’ll follow. If you point your toes to the right, he points his toes to the right. Hell, he might even pick up on your slang.

He’s subconsciously and instinctively showing you that he wants you to like him.

Whenever you talk about that cute guy you met at the bar, he clams up. He tries to change the subject quickly.

Or, he goes the other way. He teases you about the other guy (gently!).

Whatever it is, whenever you mention another guy, he gets jealous. It’s undeniable. Why? Because he likes you, and he views these guys as competition.

14. He doesn’t want you to change companies

Sure, he wants you to succeed, but he gets visibly disappointed if you mention changing companies. Why? Because that means that you won’t be spending as much time together. That sucks.

But, at the same time, it might light a fire under one of your butts to actually do something about this burning attraction you’ve been building.

15. You just know he likes you

Look: at the end of the day, our gut instincts are our best source of judgement. When you add up all the signs, all the pros, all the cons; you’re simply left with the fact that you really think he’s into you.

That’s the biggest sign of them all. Go with your gut!

What do you do when a guy likes you at work?

You figured out that the guy is totally into you. Awesome.

Just let it die on the vine? You need a plan!

You have to go into any potential office relationship with a clear head. And that means knowing the risks (and there are some risks!).

Does your company have a dating policy? If dating your co-worker is forbidden, you both could lose your jobs. That’s a huge risk.

Even if it’s not forbidden, your professional relationship could become complicated, especially if you two wind up on the rocks.

I’m not saying you will, I’m just saying that you need to be aware it could happen.

Are you willing to deal with the fallout if the relationship goes south?

Don’t date your boss or your employee

Go for it only if you’re serious about a relationship

Office romances are a huge commitment. You’re either both serious about a long-term relationship, or you aren’t going to date. There is no “casual” dating in the office, as casual dating doesn’t last and often leaves heartache.

How do you do that?

You need to bite the bullet (or he does). If all the signs have been pointing to yes over a couple of months, make the first move and ask him to dinner.

Everyone knows that dinner means a date.

At dinner, the two of you need to have an honest conversation about your feelings, your commitment levels, and what you’ll do if things go south. You also need to have a plan on who you’ll tell about your relationship.

You both need to be on the same page with this one. But, ultimately, you need to let HR know that you’re dating. Some couples decide to wait until they know the relationship is serious before taking this step, but the two of you should decide together what is right.

You both work together, and you both are hoping to have an intimate relationship together. Those two will undoubtedly bleed together, but you need to do your best to keep them as far apart as possible. Agree to some boundaries, and try your best to enforce them.

How can you get him to commit?

So you figured out that this guy has been crushing on you, and you’re definitely into him.

Maybe you’ve gone out to dinner, maybe you’ve made your feelings known and he has too. But you haven’t formalized the relationship yet.

What do you do?

You turn on his “Hero Instinct.”

The Hero instinct is a new psychological concept by dating expert, James Bauer. It’s based around a biological instinct that all men possess.

But our biology still carries over many of these very archaic traits. And one of them is “The Hero Instinct.”

And if you can tap into his hero instinct, there’s a damn good chance you can finally move the relationship from “maybe” to “definitely.”

It’s an amazing psychological tool that helps activate that nurturing and protective element of a man’s psyche.

How do you do it?

Well, I’m not an expert. But James Bauer is. And he’s put together a free video where he walks you through this incredible concept. Give it a watch!

Office romances can be tricky! There are so many minefields to navigate, from HR to legal, to what to do if things work out.

That’s why it’s so important to make sure you know the signs of if a guy at work likes you before you go and make a move.

And if you need a little help figuring out that move? The Hero Instinct might just be the ace up your sleeve.

Check out the free video here. 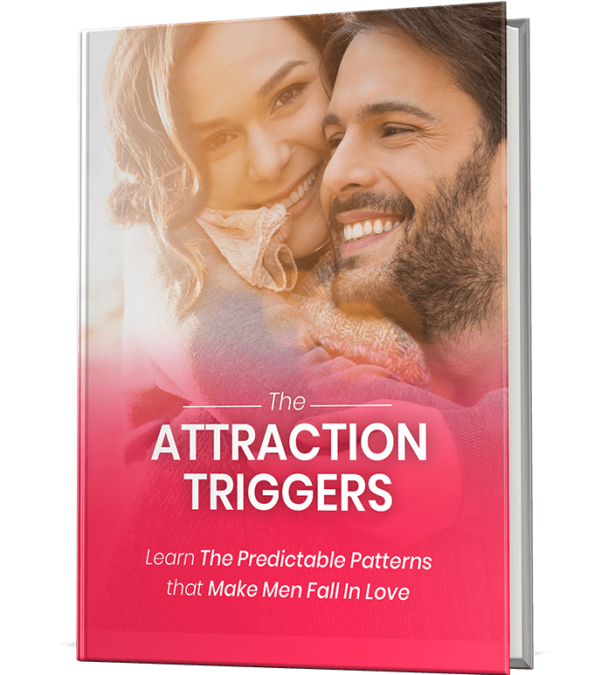