So you and your BF had a big fight and now you’re feeling pretty hopeless about your relationship.

You probably even think that your man isn’t worth saving, but you’re wrong.

Every couple goes through rough patches, and it’s how you and your boo handle them that makes all the difference.

If you truly want to save your relationship, you have to learn how to make peace with your boyfriend the right way after a fight.

Before you start talking to your boo, give yourself a minute to calm down.

Take a few deep breaths and try to think about all the things that are right in your relationship.

And you have calmed down and thought things through, you can talk to your BF about what happened without your emotions getting in the way of what needs to be said.

You should start by taking some time to think about what really happened during the fight.

If so, take the time to think about it. Why are you upset?

You may be upset because of the outcome of the fight, but if this is your first real fight with your boo, then it’s important to find out why you’re mad.

It could be because of something that he did that day or something that happened in the past. Whatever it is, try to think clearly and rationally about why you were upset.

3) Be honest with him

So there you are, trying to have a serious talk with your BF about why you both had such a big fight.

You’re probably feeling pretty hurt and angry because he didn’t even apologize for saying those hurtful things, but you need to be honest with him too.

Ask him why he said what he did, and try to understand his side of the story.

You aren’t always going to see eye to eye, but it’s better for you to at least communicate your conflicts properly rather than sweep them under the rug and pretend everything’s fine.

4) Say sorry and mean it

After you’ve talked about what really happened, it’s time to apologize for how you acted. Yep, even if he’s the one who’s clearly at fault.

Don’t just say “I’m sorry I started the fight,” or “I shouldn’t have yelled at you.”

You need to be specific and address what it is you did that made him angry.

It doesn’t matter if it was something small like not making your bed or something bigger like getting a DUI on a weekend when he was out of town.

Now that the fight is over, it’s time for both of you to come up with a plan to make things better between the two of you.

Tell him what you can do to prevent it from happening again.

Ask him how he can prevent it, too.

Come up with a plan and try to give it your best shot.

If you can’t agree on a plan, you can always just work together to find a solution that will make both of you happy.

6) Have a fresh start

When you forgive someone, that means you should be ready to forget everything—or at least not let it bother you as much.

You need to make sure that you don’t keep thinking about the fight or anything that happened between the two of you.

If you can’t let it go, it will affect your relationship and make things worse.

You need to put it behind you and start fresh. 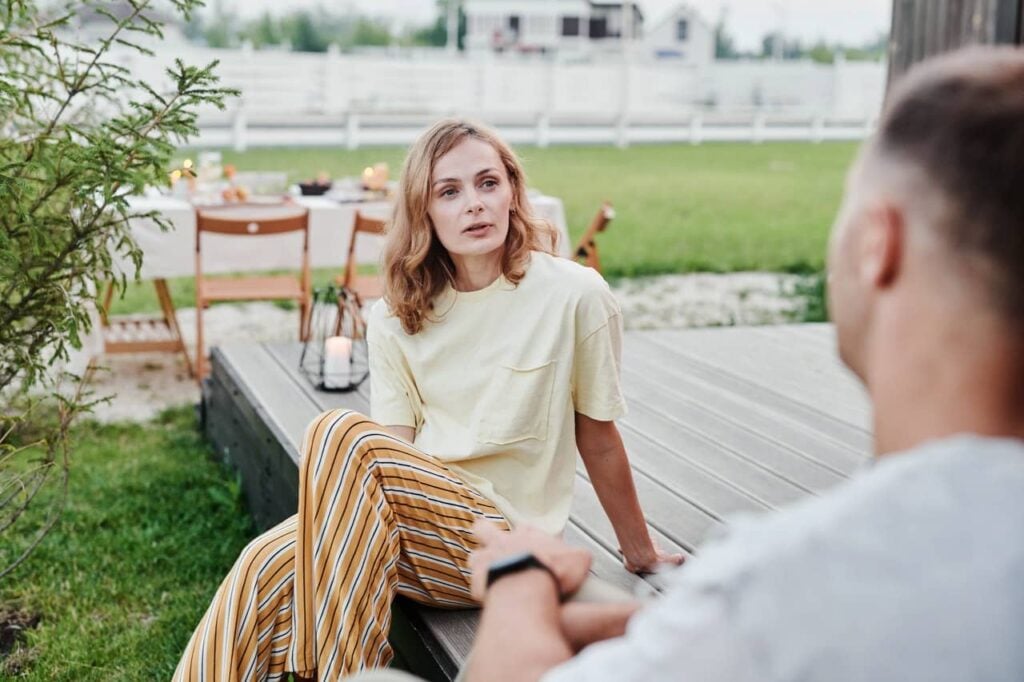 Problems in a relationship are serious matters. But that doesn’t mean you can’t laugh at them when you have dealt with those issues. Ease up! It helps a lot to make light of these things and to laugh over them.

Of course, you have to learn the lessons and take serious steps not to repeat them, but you should still be able to see the fight as something small compared to your love for each other.

If anything, those issues that caused the conflict have always been there and by facing that conflict and resolving it, you now understand each other better and can do better moving forward.

8) Help him become devoted to you and your relationship

He needs to be devoted to you, too.

If he isn’t, he’ll go back to the way he was before and get into fights with you again.

But here you might wonder—just how do you get him devoted to you in turn?

Don’t worry – for the ladies out there – you may be able to help your relationship move in the right direction by using Amy North’s devotion system.

Deep down, you know you deserve a fully committed man who loves you and would do anything for you.

By watching her excellent free video, you’ll learn how to make that happen while you make peace with your man after a fight.

Don’t run to other people (friends, family) to make up with him.

Try to avoid going to other people because they can easily make things worse for you. They can give you bad advice, gossip about your issues, or even try to take matters into their own hands.

If you need advice, an apology, or want to make yourself understood, then go to your boyfriend.

Ultimately, your relationship is about two people. You and him.

Don’t allow him to get away with it

We like to yield and forgive, especially if we’re in love, but you should be able to know when it’s enough.

Set boundaries and know that enough is enough. If he steps out of bounds, you need to confront him about it—don’t let him get away.

He might apologize, and it might pain you to keep on being tough, but it’s important to drive home the point (without beating him over the head with it) that what he’s done is a mistake and that he needs to live up to it.

Don’t “punish” him by doing things like not talking to him or by making him feel bad. Or worse, hooking up with another guy!

Punishment will only make things worse, and should only ever be your last resort—if at all!

Instead of punishing him, you should try to talk to him in good faith about the issues that the two of you face as a couple, and how you can do better.

Don’t tell him that he’s a bad guy or that he’s worthless.

Telling him that he’s a bad guy or that he’s worthless will only make him feel worse and might make him worry that your relationship dynamics have changed after the fight.

Rather than chastising him, try to focus on the positives. You don’t want your relationship to change after this one fight.

After all, we all make mistakes. If you’re going to call him these things, then you must accept it when he throws these same words back at you when YOU are the one to make a mistake.

And you don’t want to be in a relationship where the two of you do nothing but point fingers at each other and tell each other how worthless you are.

Forgiveness isn’t something that can’t be rushed. If you convince yourself that you’ve forgiven him even when you haven’t, deep inside, then you might find yourself loving him less and less as the days go by.

That’s because your mind is still holding on to your grudges and, seeing the situation as fundamentally hopeless, is preparing for the eventual end of your relationship.

Don’t let this happen to you.

Give yourselves time. Don’t force yourselves to forgive one another too soon, or even set deadlines. Otherwise your relationship becomes a contract of obligations and deadlines instead of emotion.

It is inevitable that you will have fights in a relationship. It’s something to be expected, but the key is how you deal with it when it does happen.

I hope this article will help you make peace with your boyfriend without compromising your own values, or your happiness.

It won’t be easy, especially if your fights have been especially loud and painful. Sometimes you do have no reason but to give up—but before you reach that point, you ought to at least try. 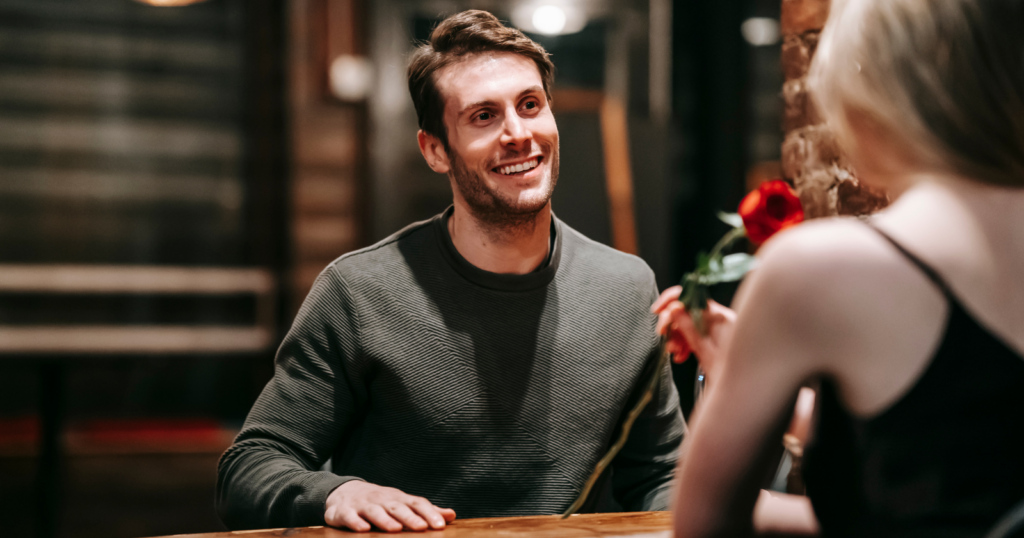 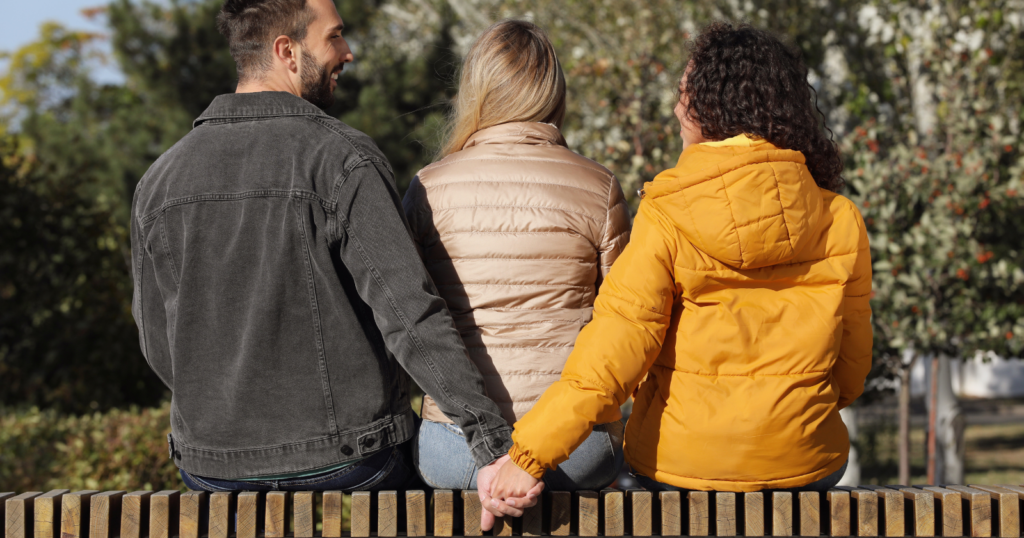